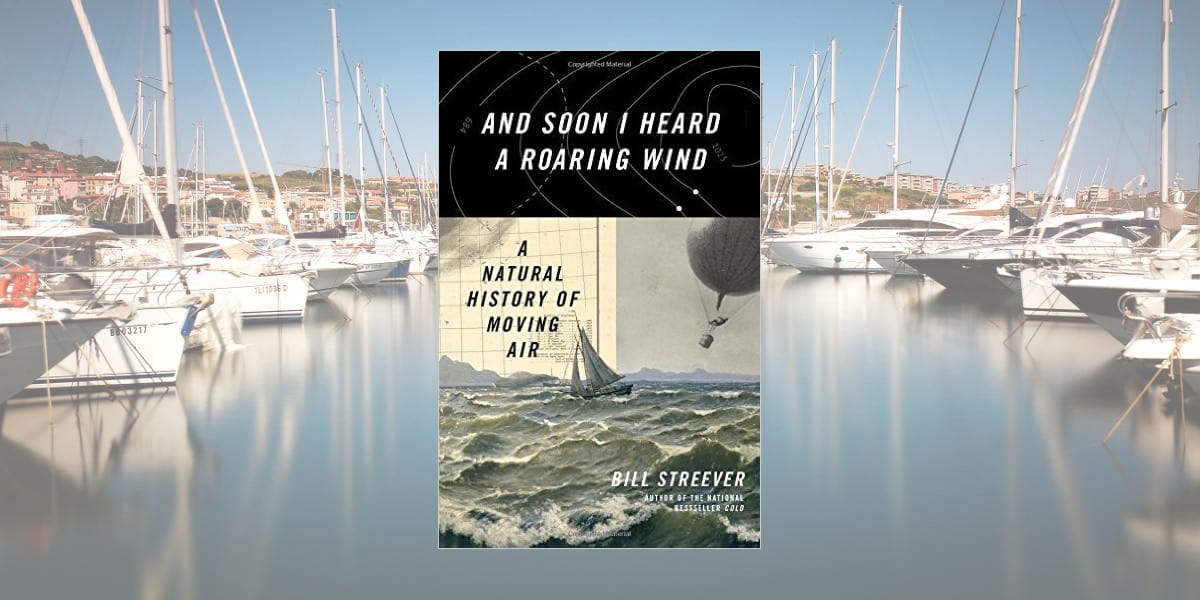 And Soon I Heard a Roaring Wind: A Natural History of Moving Air by Bill Streever

The author, Bill Streever, does a fabulous job using his career as a biologist to make a book about the wind very interesting. Perhaps it’s my sailing or flying background, but the research and history uncovered and explained by the author turn a somewhat boring topic to most people into a good read. On the scientific side, the author covers topics about the science of wind and what causes it, and its destructive force on many things it touches. From famous storms and shipwrecks to the Dust Bowl and wars, the wind has played an important role in shaping history and lives around the world. It has both advanced civilizations and promoted transportation of goods and destroyed cities and taken many lives.

At an early stage, humans understood what caused wind.

As the author explains, “It is air moving from pockets of high pressure toward pockets of low pressure, seeking equilibrium, stability, balance.”

As science progressed, we better understood the effects that the heating and cooling of air has on pressure gradients. Air cooled in the extreme latitudes flows toward the equator, and during this journey it is affected by the spinning earth’s Coriolis Effect which bends the wind.

In light of this, the cause of wind is a simple concept, and yet so complex when it comes to forecasting. The author articulately describes the history of weather forecasting. Starting with different theories in the early, pre-computer days when complex mathematical models were calculated by humans. Trying to overcome these human limitations created some interesting situations. Especially back in 1861, when the first forecast was published. And fast-forward to now, when super computers process thousands of barometric pressure readings around the world so isobar lines can be calculated and the current everyday weather map can be drawn. And dozens of satellites send pictures of hurricanes and typhoons moving across the globe.

Intertwined with these topics is the description of the author and his wife’s 43-day, 1,000 mile voyage from Galveston, TX to Guatemala on their sailboat. Thus bringing to real life the concepts of the wind and forecasts, and how they affect a sailing voyage. Throughout this voyage they encountered the full range of wind, from being becalmed, to squalls and small storms that dragged their anchor. All of which bring the concept of the wind and its effects to a sailor’s perspective.

Since wind is created by pressure differentials, and pressure differentials are mainly caused by hot air rising and cool air descending, and the coolest parts of the earth are the extreme latitudes, then it reasons that anything affecting the change in temperature at the extreme latitudes would have an effect on global winds. So with this reasoning, the author concludes the book touching on the debate over climate change. Not necessarily picking a side, but putting forth a good argument towards more funding of research so the human population can be prepared if changes are on the horizon that will alter the patterns of the wind.