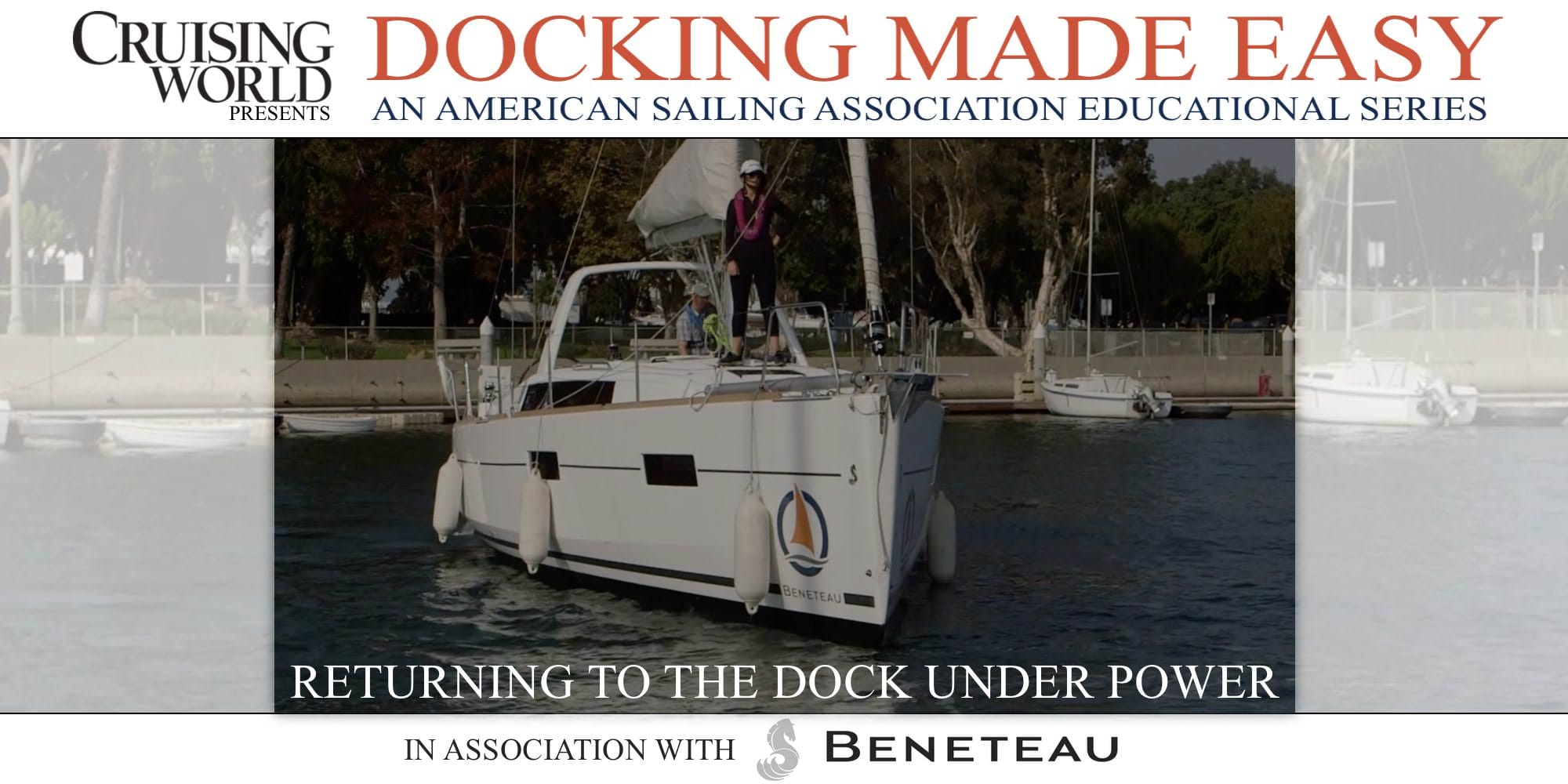 LOS ANGELES – January 4, 2017 – The American Sailing Association (ASA), America’s sail education authority, announced today that it has published the fourth and final video in its educational series, Docking Made Easy. As the title suggests, “Returning to the Dock Under Power” addresses all of the necessary and important factors to consider when returning a sailboat back to the dock under power.

Presented by Cruising World in association with Beneteau America, and available exclusively on www.asa.com, the complimentary video series features sailing legend Peter Isler using animation, illustrations and live action footage to explain the principles of docking a sailing boat under sail or under power in a variety of scenarios. All four Docking Made Easy videos, each approximately five minutes or less in duration, are based on copyright learning material contained in ASA textbooks “Sailing Made Easy” and “Basic Cruising Made Easy”.

“With our Docking Made Easy videos, sailors can greatly improve at docking a sailboat, which can be one of the more challenging aspects of sailing and highly stressful for a skipper, especially if sailing with an inexperienced crew,” said Lenny Shabes, ASA’s Chairman of the Board. “Now that the series is finished, sailors of all abilities have a complete resource for safe and easy docking so that returning to the dock doesn’t detract from an enjoyable day on the water.”

Each Docking Made Easy video builds upon the fundamental docking skills learned in previous videos. Before viewing “Returning to the Dock Under Power”, ASA encourages sailors to watch, in sequential order, the first three videos, which are: