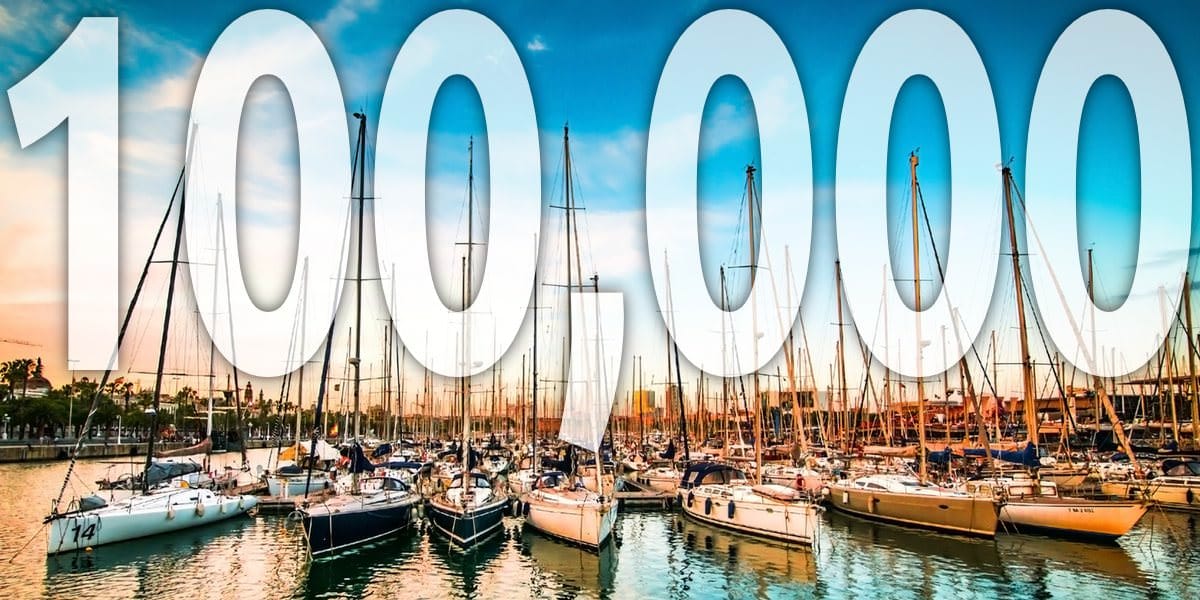 LOS ANGELES – November 29, 2016 – The American Sailing Association (ASA), America’s sail education authority, is proud to announce that it attained a significant digital milestone over Thanksgiving weekend: 100,000 “Facebook followers”. Since the end of 2015, ASA has doubled its Facebook fan base by posting subject material that makes a direct connection with its followers’ interests. With 100,000 “page likes”, ASA is now one of the top five sailing-related pages on all of Facebook in terms of followers.

“Although we are of the opinion that nothing beats being on the water, the American Sailing Association Facebook page allows people to stay connected to the sailing lifestyle between their sailing adventures,” said Cindy Shabes, ASA’s president. “We attribute our huge Facebook success over the last year to a steady stream of engaging content that allows our core demographic to engage emotionally with our brand and helps them learn more about sailing.”

A leader in sailing instruction, much of ASA’s content is educational. Besides publishing its highly praised series of sailing textbooks, it produces both in-depth and short videos on a range of sailing topics. It also creates quizzes that challenge its audience to increase their sailing knowledge. Although all of this content is published on www.asa.com, promoting it on Facebook gives people an opportunity to share and engage with the ASA and its message. This, in turn, enables the ASA to attract new sailing enthusiasts and grow its audience.

“In addition to sailing education, our Facebook page promotes the sailing lifestyle,” explained Nik Vale, ASA’s webmaster. “By regularly posting the best of sailing related-content, people have been inspired to join a sailing club, take sailing lessons or charter a boat in exotic locations. It also continues to encourage people to follow their dreams.”

The ASA also curates third-party content and promotes it on its Facebook page. In addition to streamlining the vast amount of sailing information available on the Internet, doing so gives ASA’s audience additional sailing resources that are both reliable and helpful.

Said one ASA Facebook page fan, “So glad you got 100,000 followers. I love sailing and the info you guys give out. You do a lot for the sailing community.”

The ASA’s social media marketing feat comes at the end of a year of several other content-related achievements, including:

To celebrate reaching 100,000 fans on Facebook, ASA is giving away some sailing swag. Details can be found at asa.com/facebook-giveaway/.