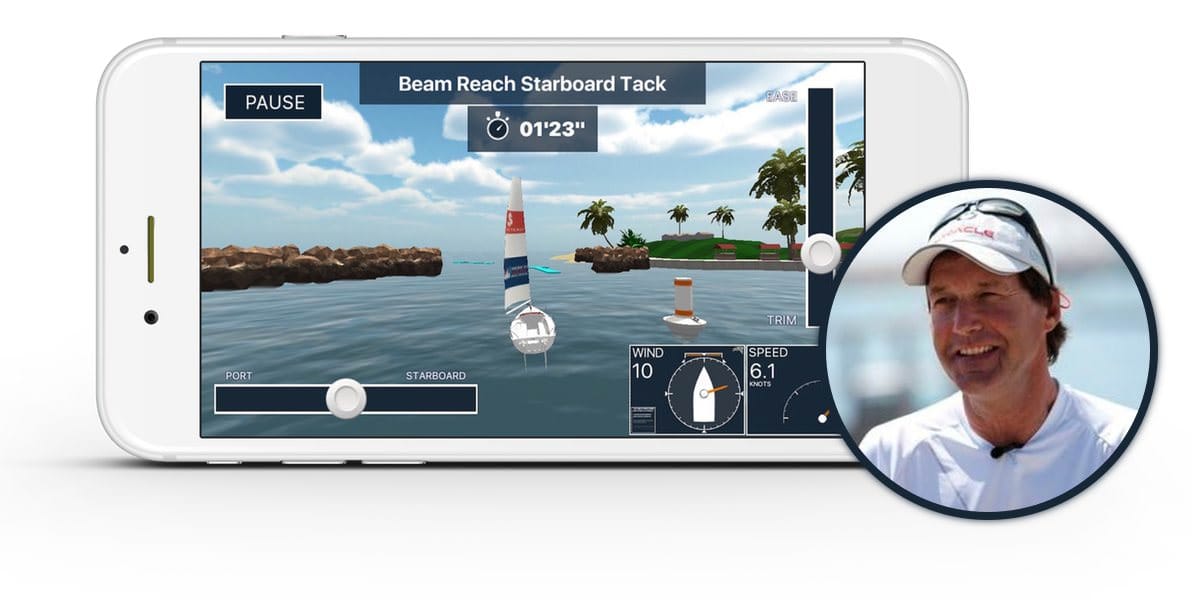 We’re happy to announce that ASA’s latest venture, the Sailing Challenge, an interactive mobile game that simultaneously drills learning concepts and entertains, is becoming quite popular! Over ten-thousand apps have been downloaded, and an update with new and improved features will soon be on the way. Download Now ⟩⟩

One of the elements that has users coming back for more is the compulsion to post a faster score on the timed-sail part of the app. After going through the many drill modules, it’s nice to just take a virtual sail and hone the skill-set. Waiting on a line at the post office was never so fun!

And don’t think Sailing Challenge is just for newbs and novices, the current record holder for time around the course is none other than five-time America’s Cup sailor Peter Isler. If it has to do with sailing Peter will master it, including this mobile game.

“I had been quite involved with the team that developed the entire ASA sailing app, but I had only played the game a few times during this development phase,” said a grinning Isler. “But this past weekend – I was visiting friends who had just come back from the Annapolis Boat Show where ASA was staging head to head competition at their booth – so I felt the competitive juices starting to flow.”

“There was a brand new iPad sitting on the table so I picked it up and within two or three races I was getting under 2:20 [on the Marina Tour course]. As I got more comfortable with the controls, I started using my sailing knowledge to try and minimize distance sailed and be at ‘polar speed’ as much of the time as possible. I experimented with sailing deeper [lower] angles downwind and finding the best downwind VMG [velocity made good] angles for the boat. I realized I had been sailing too hot on the run to the finish – and that adjustment got me down under 2 minutes!” 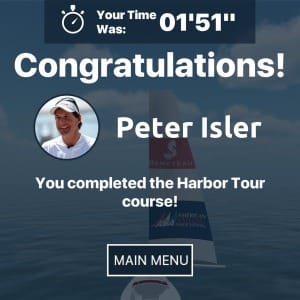 We asked Isler what real world sailing skills was he able to apply in the game in order to set the record. He said:

“The game is great because the boat speed responds to sail trim changes just like a real sailboat. Bear away and you have to ease the sail. Head up – and you have to trim the sail. And when sailing VMG upwind or downwind – you have to find the correct angle.”

“If you are competitive like me – the game helps a sailor learn to stay focused – to minimize distance sailed and to keep the sheets out of the cleat – as the sails need to be adjusted for every course change and wind speed change.”