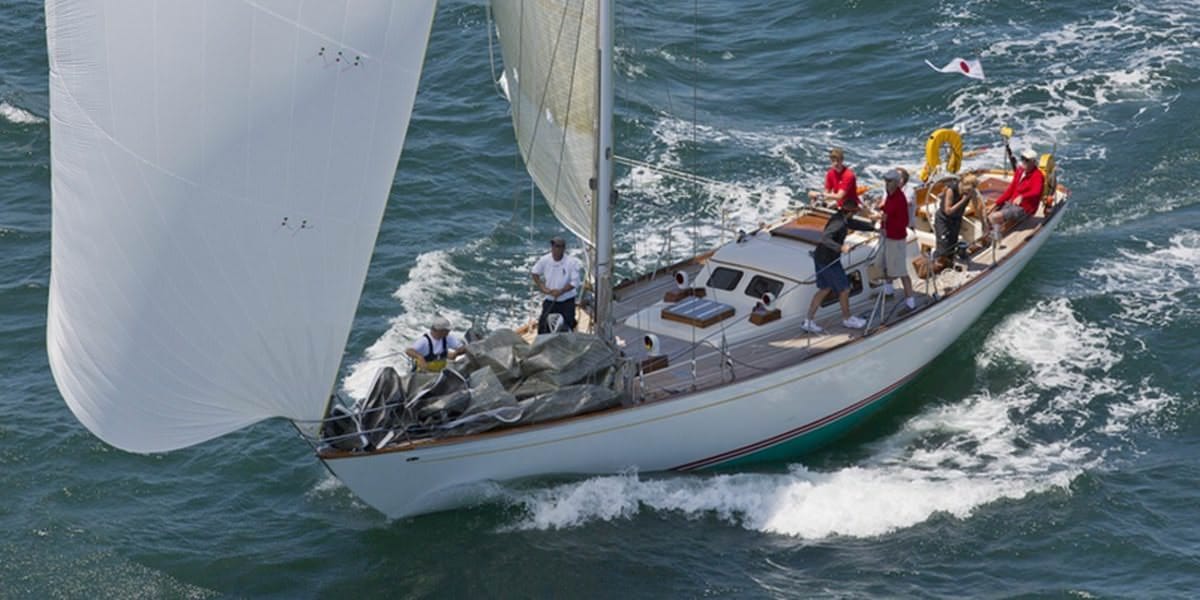 In our new series of great cruising boats we begin with a crowd favorite – the Columbia 50. With its bubble top, long graceful lines and inherent speed, the Columbia 50 is a beloved classic.

Designed by Bill Tripp, the Columbia 50 was sexy, fast and fun when it came off the line in 1965. Fiberglass boat building was still relatively new, but Tripp was ahead of the curve as he had been designing fiberglass boats since the late 50s. In 1966 the lean racer/cruiser won the legendary Newport to Ensenada race in California, which, at that time, was over 500 boats. The boat was built predominantly by Columbia Yachts in California and was the largest fiberglass production boat of its day.

Next time you see one of these elegant specimens heading out to sea, realize that they are more than a pretty face. The Columbia 50 is a pioneer design in that it was the first big sailboat that didn’t cost an absolute fortune to build. Much labor went into wooden boats of the day and the 50 opened the door for more affordable big boat sailing.

Today, the design still holds up – both structurally and aesthetically. Fifty-seven boats were built and many are still kicking around (check out the Columbia 50 Owners’ Network), especially on the West Coast of the U.S. Since fiberglass boat building was new in the mid-sixties, boats of this time were usually overbuilt (by today’s standards) and therefore are pretty tough.

As for picking one up on the used market, they’re not a dime a dozen and they’re not really cheap (Columbia 50s for sale). The Columbia 50 seems to have achieved a classic car sort of status based on its good looks, solid build and limited quantity (unlike the more abundant Columbia 26, that looks similar but are more abundant and pretty inexpensive). Most Columbia 50 owners will tell you that this boat is an ageless beauty that performs just about like a modern boat. It’s happy racing locally or venturing out into the open ocean, but wherever it is you can bet she’s turning heads. 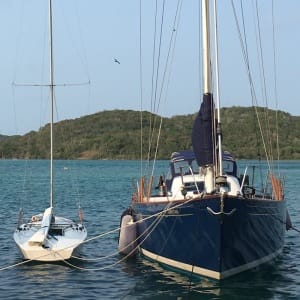 Torben Grael is arguably one of the finest sailors in the world. This photo shows his Columbia 50 together with his Star boat. He is an accomplished sailor (see Wikipedia) winning several Olympic medals in the Star, and winning the Volvo around the world race in 2009. Great sailors like great boats!