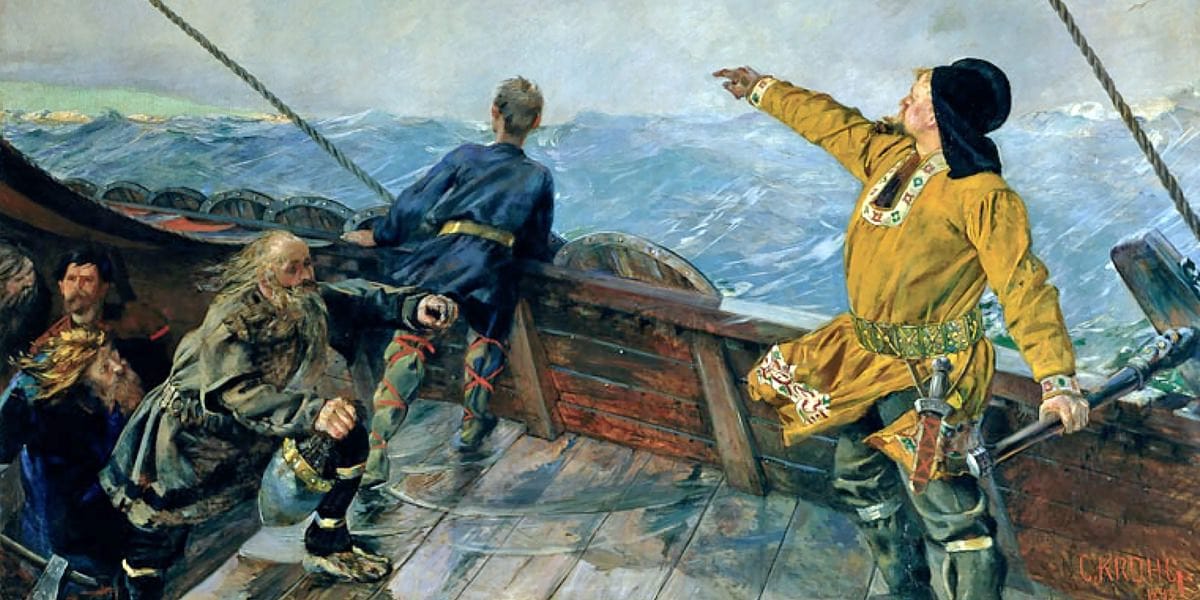 We understand that these chosen Captains are from European descent and because of their known history we can construct such a list. There were many other unknown historic skippers that forged paths for these more famous sailors but we’re just having a bit of fun here so roll with it… No doubt the historians in the house will have some interesting additions. 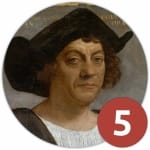 Christopher Columbus
Columbus comes in at number 5 – he would have been number one if this were 1952 but much research has been done that has taken the shine off Columbus’ pretty solid rep here in the states. Every once in a while you can still see a sticker on some random brick wall that says: “Columbus was lost.”

What’s indisputable is Columbus was a damn good sailor who actually wasn’t lost… although he might not have understood exactly where he was. A subtle difference but a difference just the same. His journals indicate that he thought was in uncharted areas of Asia when in fact it was the region of the West Indies. Regardless, this guy sailed the vastly unknown Atlantic Ocean fearlessly. The boats he used weren’t much bigger than decent sized cruising boats of today 50-60 ft and he saw some brutal weather in his four trips from Spain to our neck of the woods. He gets some demerits for running aground while asleep and having to abandon the Santa Maria in 1492. It’s also kind of lame that he liked to take native residents and make them his slaves… 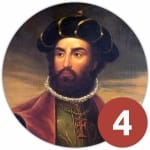 Vasco Da Gamma
Vasco, who might have the coolest first name on the list was the first man to sail around the Cape of Good Hope and sail to India which some historians believe was equivalent to the moon landing of 1969. His voyage changed the world as it was known because it tremendously widened the scope of world trade. He was essentially paid to go find India, which he did. From a sailing perspective it must have been a very very tough sail. Much of it was an upwind beat. And Vasco had to do some lonnnnng tacks – he sailed over 24,000 miles, and you can believe the VMG (velocity made good) was horrible. Those boats didn’t like going upwind. Da Gamma started with 170 crewman and only 54 made it home. Sailing was some seriously rugged business back in the late 1400s… 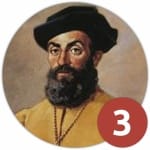 Magellan
Ferdinand Magellan comes in at number 3 because he was the first sailor (with an asterisk) to sail around the world. The asterisk is because Magellan was killed in the Philippines before the journey ended so he actually was not the first to accomplish this incredible accomplishment, but the crew continued on under the command of Juan Sebastián Elcano who officially completed the first circumnavigation of the earth. But – Magellan was the boss and he laid the ground work to make it all happen. He also has to be on the list because he named the Pacific Ocean. If you name one of the oceans you get to be on a top 5 list – it’s just the way it works. Magellan’s death, at the hands of natives, is illustrative of the life of a world sailor back in those days – brutal, violent and unpredictable. 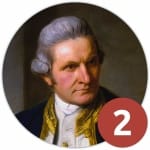 James Cook
Captain James Cook is a tall ship sailor that is perhaps a bit more relatable to us modern sailors for his contributions have to do with a more sophisticated concept of navigation than these other major European explorers. Cook really checked out the Pacific Ocean and mapped the coast of Australia, New Zealand and other islands in that (very) general region. His work yielded, for better or worse, the colonization of those two countries, which was obviously an enormous game changer in the civilized world. As a sailor Cook was regarded as elite. Unlike many other captains of his day, the British skipper would oversee the build/maintenance process with great focus, recognizing the importance of below the waterline issues and other structural and operational concerns. He was a knowledgeable hands-on sailor and according to many historians met his fate when he began to lose that level of attention. 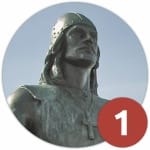 Leif Ericson
We give the number one spot to Leif Ericson who was born around 980 and sailed during a time of so little technology, it’s amazing what was accomplished. Ericson’s dad was a famous Viking and Leif took the mantle, eventually becoming the first European sailor to land upon the shores of North America (Newfoundland, Canada). Ericson represents the Viking sailing spirit, which was death defying. Although Vikings could be atrocious people who raided villages and did horrible things, they were fearless sailors who designed innovative boats for the day and pioneered navigational building blocks that led to the formation of civilization as we know it. The boats they used for ocean work were around 54-feet and would make about 75-miles a day and there were other coastal boats they designed that were even faster. They used instruments like sunstones that are believed to have aided with assessing direction and devised methods based on wildlife behavior and the coastal surroundings that helped them understand where they were.

The bottom line is these sailors formed initial trade routes for future explorers and maybe moreover, their daring pioneering explorations and maritime innovations gave others the inspiration and tools to seek out new lands, technologies and adventures.