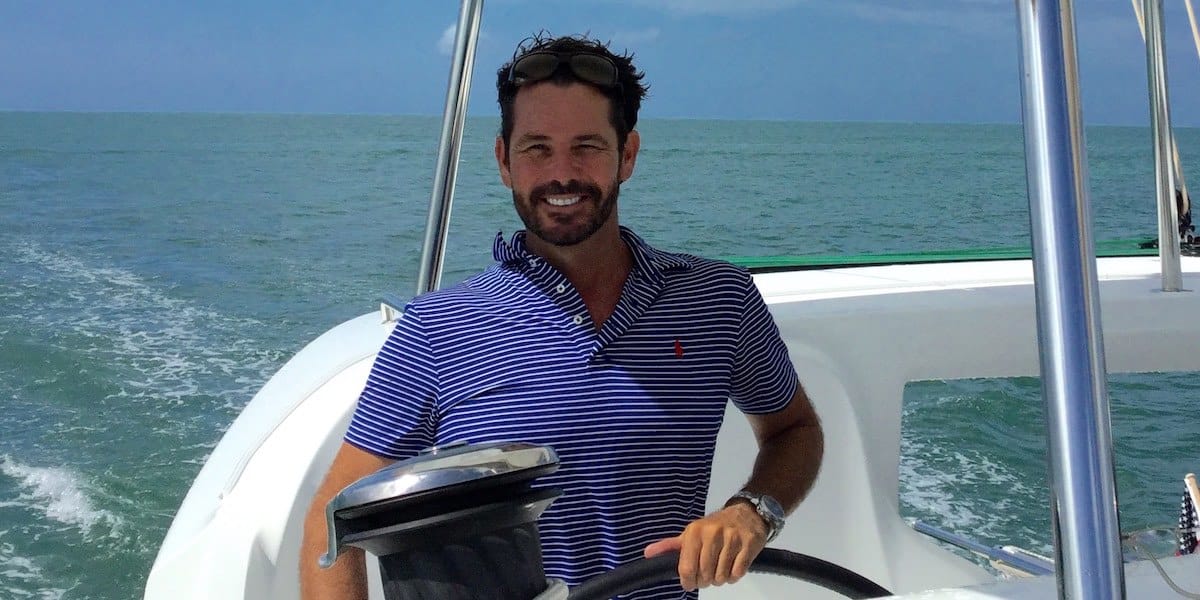 Growing up in St. Petersburg Florida David Whidden was surrounded by boats and lived his life on the water and at the beach. He said that, as a kid, sailing held a particular mysterious romantic quality and from that, a lifelong bond was formed.

Whidden became a USCG 100 Ton Master of Sail working both as charter and delivery captain and thus, has sailed all over the planet. He’s cruised the waters of Fiji, Seychelles, the Mediterranean, the Caribbean Central and South America – to name just a few. At 20 he sailed a traditional Belizian mahogony dugout over 100 miles along the Barrier reef and out to the atolls and back.

Clearly Whidden is down for an adventure, but not too long ago, in 2012, he also became interested in teaching, so he founded the Key West Sailing Academy in Florida. Considering all that sailing has given to him he was and is eager to share his enthusiasm and pass on his knowledge to those looking to learn. Not one to go halfway – Whidden was recognized this year as one of ASA’s Outstanding Instructors.

“It’s been great spending time on the water with enthusiastic people who are learning to do something that is life changing,” Whidden said.

The long time sailor and now sailing academy owner continues to make his living at the tiller, only now he is teaching others the ropes. To these newborn sailors he says: “The learning curve is endless so enjoy the process.”