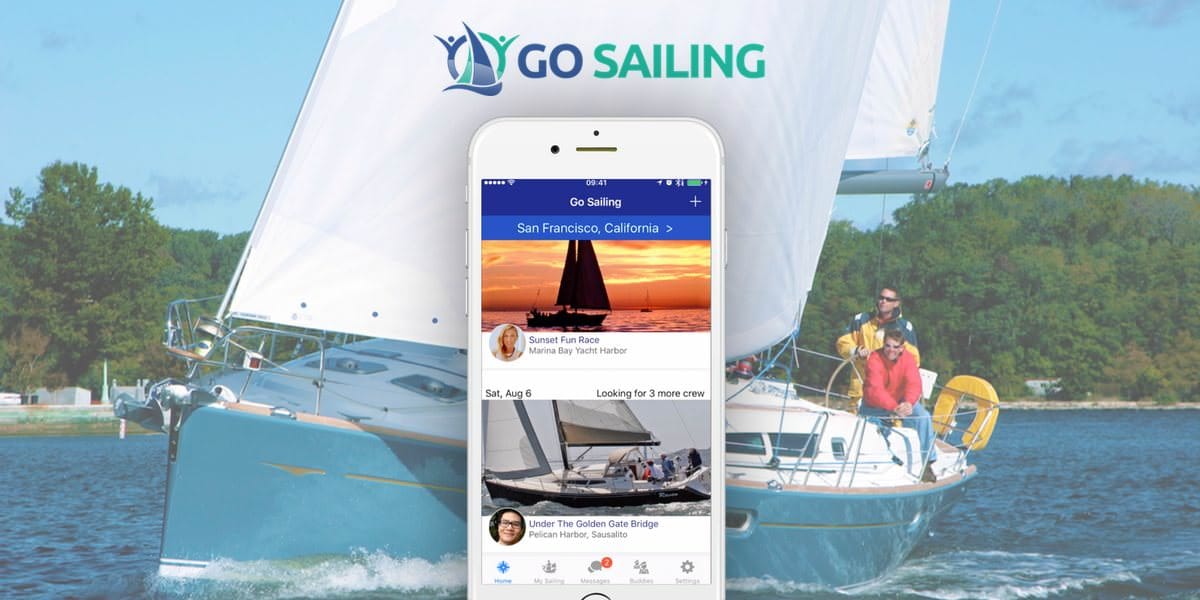 LOS ANGELES – July 21, 2016 – The American Sailing Association (ASA), America’s sail education authority, has released a new version of its innovative “GO SAILING” iOS mobile app which connects people interested in sharing the experience of sailing. Acquired by ASA, GO SAILING (formerly Kroocial) was first launched in the San Francisco Bay Area in March 2013 with the mission of making sailing accessible to everyone from novices to salty dogs, and to promote a healthy and active lifestyle. A simple and user-friendly solution for skippers needing crew and sailors wanting to sail, GO SAILING quickly developed a large community of passionate users.

“GO SAILING already connects thousands of people who love sailing with a simple tap of their mobile phone,” said Lenny Shabes, ASA’s Chairman of the Board. “Our goal is to connect millions of sailors around the world looking to do more sailing with skippers everywhere looking for crew.”

The revamped GO SAILING app includes all the convenient features contained in the original, but has an elegant new interface designed to enhance the user experience. Key features of the GO SAILING app allow users to easily:

The new app also contains several “behind the scenes” improvements that will allow ASA to more easily add new GO SAILING features, as well as handle more dedicated cities/regions and users. Current tabs include the San Francisco Bay Area and Marina del Rey, CA (Los Angeles). While trips may already be added for any geographic location, dedicated location tabs will be added as new markets gain a critical mass.

GO SAILING is a free gift to the sailing world from ASA. It is available in the Apple app store and will be available to Android users shortly. Download Now

For more information, including a video, on GO SAILING, visit www.asa.com and www.gosailingapp.com.