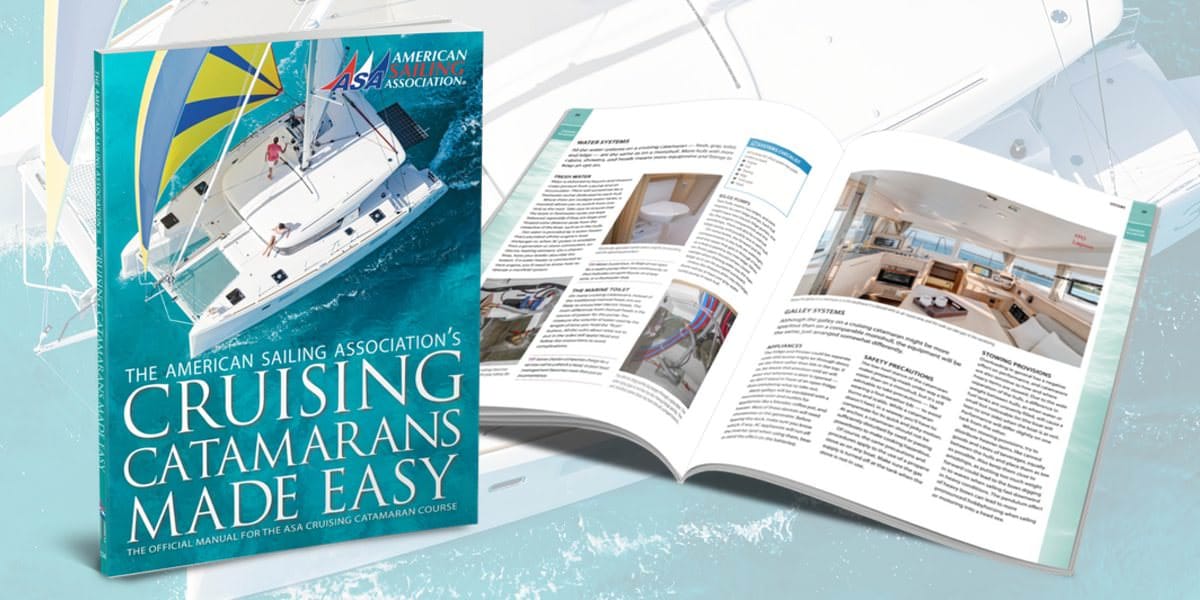 LOS ANGELES – June 14, 2016 – The American Sailing Association (ASA), America’s sail education authority, has announced the publication of Cruising Catamarans Made Easy, the new official manual for its Catamaran Cruising Course (ASA 114). Focused exclusively on how to operate a cruising catamaran, the newest book in ASA’s instructive and engaging Sailing Made Easy series highlights the unique art of sailing a larger catamaran with its distinctive characteristics and operating systems.

“Like our previous textbooks, Cruising Catamarans Made Easy is illustrated with rich, detailed photos and easy-to-understand text to help students learn quickly,” said Lenny Shabes, ASA’s Chairman of the Board. “It offers invaluable information on how to operate a cruising catamaran, adding tremendous value to many facets of the burgeoning catamaran industry.”

“More than a course textbook, Cruising Catamarans Made Easy is also ideal for familiarizing more experienced monohull sailors entering the evolving catamaran sales and charter markets,” according to Isler. “For cat manufacturers and dealers, it can be used as a sales tool to inform, excite and build rapport with prospective customers. And for owners and operators of catamaran charter companies, it should be placed in the cabin of every catamaran in their fleet!”

Cruising Catamarans Made Easy is the first book to serve as a complete guide for the cruising catamaran sailor. It features a water-resistant cover, an easy-to-follow layout of two-page spreads throughout and an extensive glossary of terms. It also provides web references to address key cruising catamaran issues, as well as sources of weather information.

Cruising Catamarans Made Easy is currently available for purchase on the ASA website (www.asa.com) or by calling the association at 310-822-7171. The book retails for $23.95.