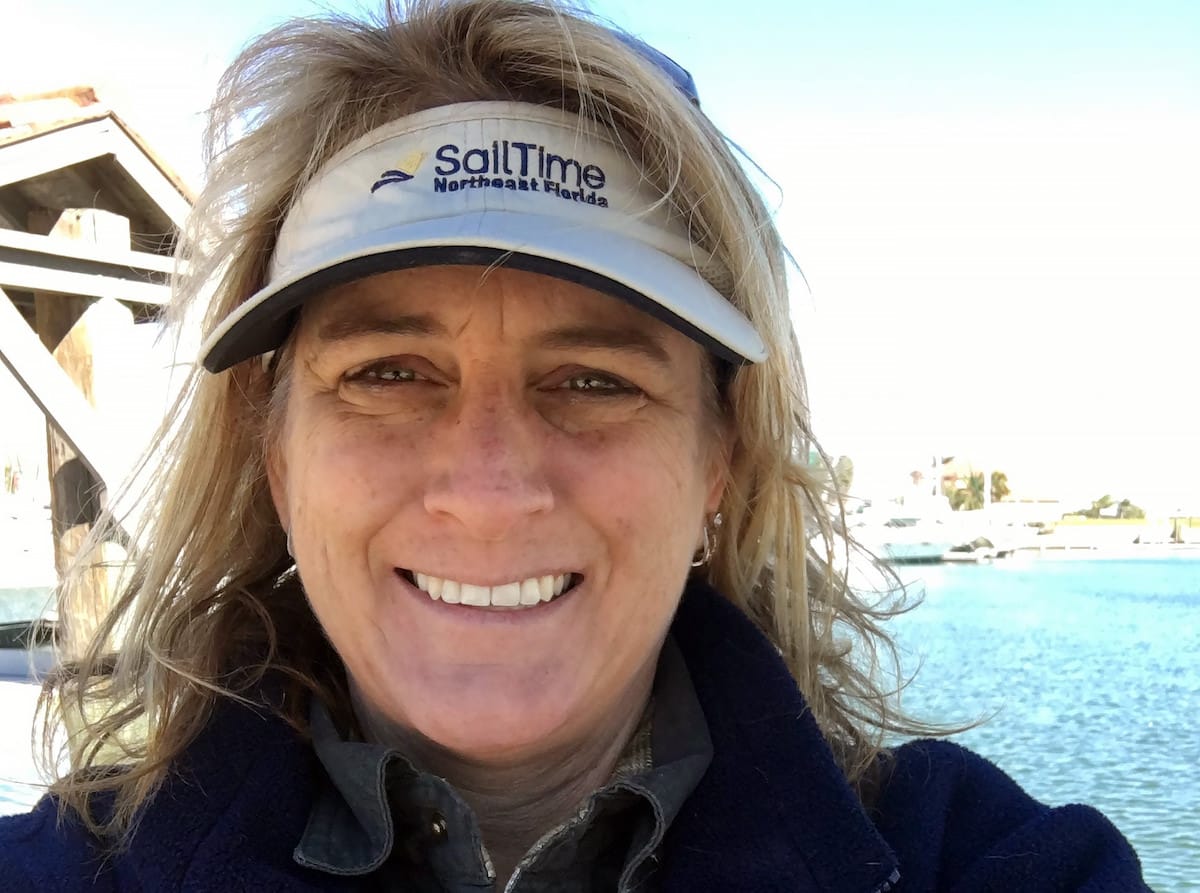 Kim Walther started her sailing life as just a little bean and has continued throughout her entire life, so it’s no surprise that she has and still does make her living on the water, tacking and jibing nearly every day. She began as a toddler sailing the Bahamas with her parents and never stopped. She sailed in high school, was on the team in college and during that time achieved a 100-ton Captain’s license.

Walther exemplifies the sailing life. Although after college she did work  in the marketing department of a convenience store chain, but it was short lived. Soon the wind and waves called for her and away she went. The opportunity arose to work in the Bahamas taking people swimming with dolphins from a 65′ catamaran, after that, she went to the BVI to work on a private sailboat. When she returned, she began teaching sailing full time and has since taught thousands of students over the last 25 years.

“Sailing was always an interest,” Walther said. “It’s an integral part of my life. Studying independently for a captain’s license was a challenge, but that license has made all sorts of experiences possible.”

Today she is at St. Augustine Sailing in St. Augustine, Florida where she says they have it all – tides, currents, bridges, an inlet, the ocean and an inland waterway.

Second to her love for sailing is probably a passion for teaching, which she also does quite well. This year she has been recognized as one of ASA’s Outstanding Instructors for her excellence in passing on the joy and skills of sailing to the many students that pass through the ASA system there in Florida.

“The aspect of teaching sailing that I like best is being able to introduce students to a new outdoor activity,” Walther said. “I love when students can remember and put into practice what they have learned; Rules of the Road, sail trim, whatever skill they were learning. Right now, there are at least four boats in our marina that are owned and operated by my former sailing school students. Seeing them actually ‘living the life’ is the best reward possible.”

When asked where her favorite place in the world to sail is, she said smiling: “Wherever I am!  And my favorite boat is the one I’m on at that moment!”