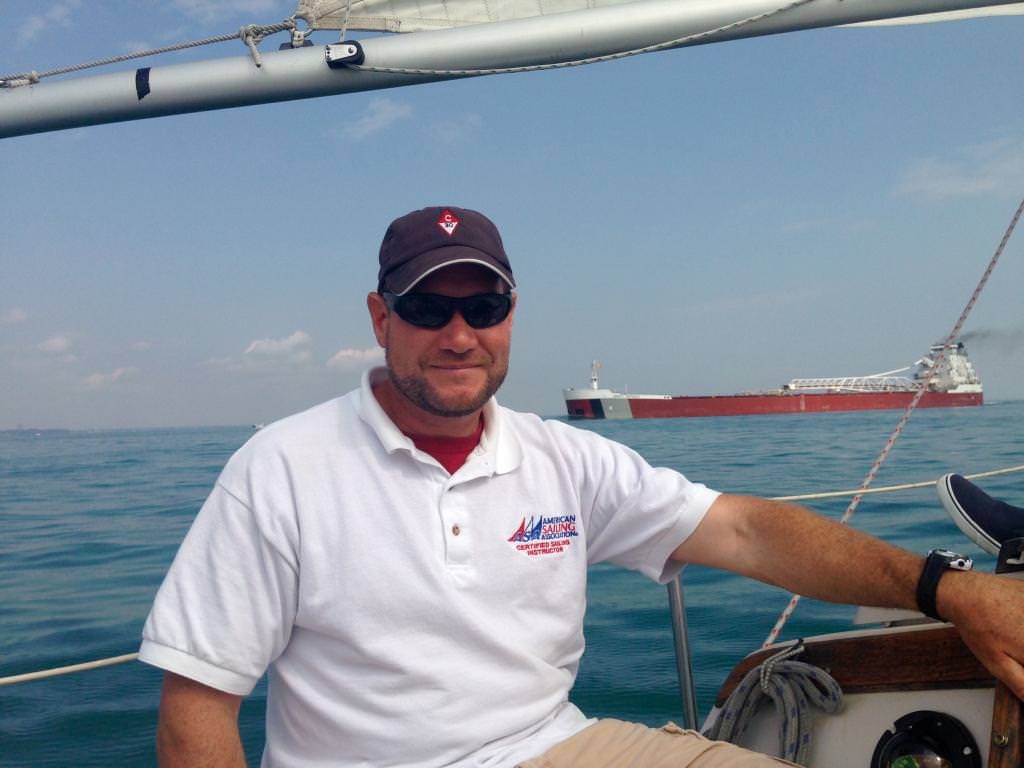 When Ron Henderson prodded his brother Bob to get his 30-year old Catalina 22 out of storage and start sailing, his life would never be the same. He said to his brother, that he would get it ready to sail if Bob busted it out of the mothballs and taught him how to sail.

“After about 10 min on the water, learning how to harness the wind, I was hooked,” Ron said of the fateful first day of sailing.

Although he didn’t immediately drop everything and sail off towards the horizon, he did think about making a living in sailing when it came time for him to retire from Wayne County Sheriff’s Department after 25-years of public service.

The former Lieutenant says he was looking for a job that would involve maybe being on a boat and doing something he enjoyed, so he reached out to Lake St. Clair Sailing School who were looking for instructors.

“I sent Susie, the owner of the school, an email not expecting a reply back – I was surprised when five-minutes later my phone was ringing!”

In only his second year, Henderson has taken adeptly to his new role as sailing instructor. He’s gotten great reviews from students and has now earned the honor of being one of ASA’s Outstanding Instructors.

“The best part of teaching sailing is watching the faces of students when they take the helm and see they can harness the wind and make the boat go where they want it to go,” said Henderson of his new found career. “Sailing is feeling and the smile on their face when they get it is the best part.”

Because he spends much of his time sailing local waters – Lake Michigan, Lake Huron, Lake Erie, Lake St. Clair and the north channel, he says that the best place to sail is usually: “exactly where your boat is.”

It’s that positive attitude that keeps Henderson happy in his sailing-centric world. He is confident in his abilities but humble about what being on the water means.

“The best part of sailing is your always learning,” he said. “Mother nature will always keep you on your toes and throw something new for you to overcome.”

Congrats to you Ron!