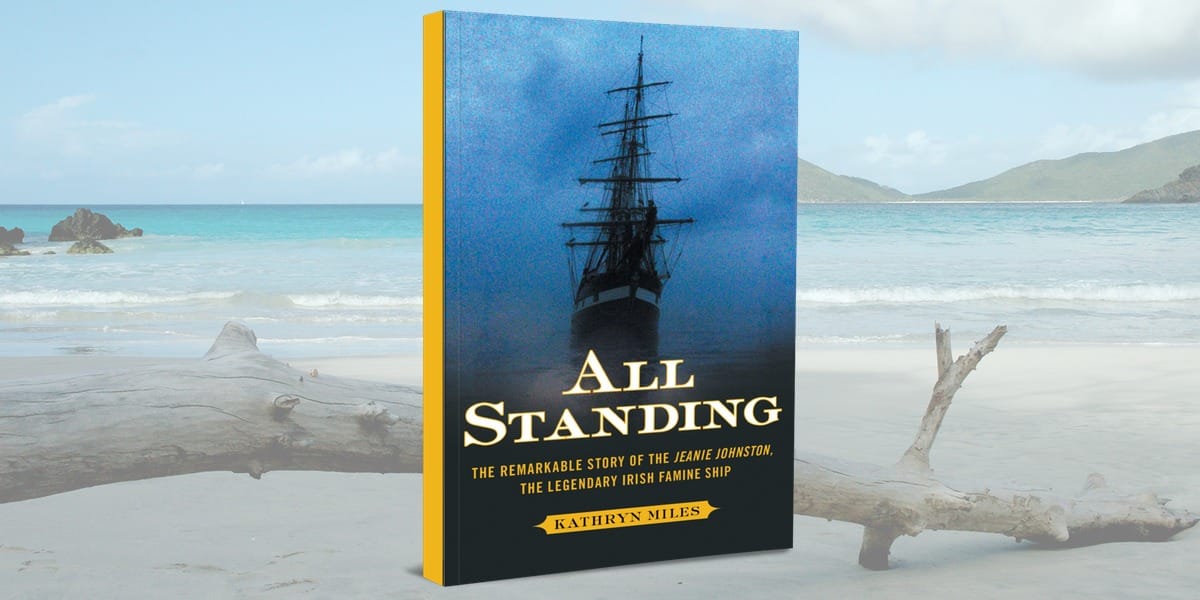 All Standing, The Remarkable Story of the Jeanie Johnston, The Legendary Irish Famine Ship by Kathryn Miles

The book was well researched and very well written. Ms. Miles does an excellent job intertwining the story of a ship, from its design to its demise, with the history of the time. Originally the ship, the Jeanie Johnston, was designed as a heavy cargo carrier, but the famine conditions in Ireland were accelerating and she was purchased to not only haul cargo from North America to Ireland, but to participate in the profitable backhauling of human cargoes of Irish emigrants to Canada and the United States. At the time, tens of thousands of Irish were starving and living under horrible conditions. To add to the misery, the British policies for the Irish colony were not working and the situation was getting worse. As the famine continued, emigrants, as human cargo, were packed into ‘famine ships’ and tried to survive the 30 to 45 day North Atlantic crossing. Living conditions below deck on most of these ships were horrendous and many times half the passengers or more died on board from their famine induced conditions or disease.

But the Jeanie was different. Her owners and Captain cared for the well being of their precious human cargo and she remarkably never lost a soul. As described in the book, this was an amazing accomplishment given the prolonged state of the famine and the disease that was rampant.

The entire book is a historical piece and her descriptions of the sailing ships and conditions at sea are fabulous. Ten pages of notes back up her facts and her description of the times are extraordinary. As a sailor who has experienced ocean crossings it was very interesting to not only read about the ships and the ocean conditions, but the brave crews who sailed upon them, and the misery of the passengers within them. At times, it was hard to put down the book.

The book is also a must read for anyone who is Irish and interested in their heritage. The appalling conditions which their forefathers endured to make a new life in the new world were incredible. The image of the strong, sturdy, Irishman not afraid of hard work and toil is evidenced throughout the book and well founded from history.

Book review written by Captain Bob Solliday, a Master licensed 50 ton USCG captain with over 15,000 blue water sailing and boating miles in over forty years on the water. He resides near Marina del Rey, CA and is an ASA certified sailing instructor. He does boat deliveries and continues to race sailboats and teach sailing.