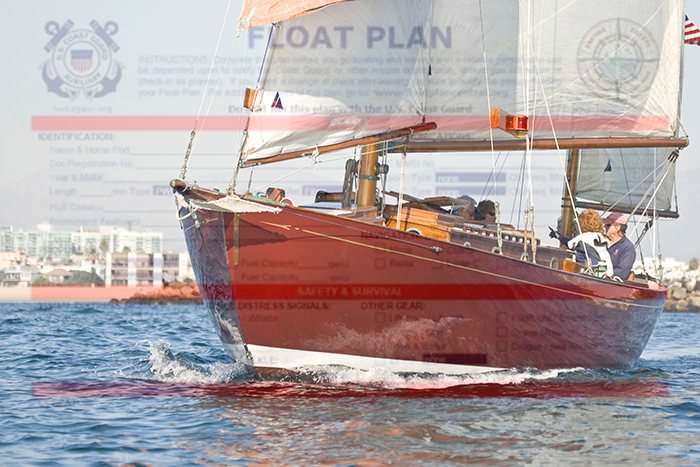 The American Sailing Association is all about getting out on the water and having a great time sailing, but we’re also all about making sure people are safe in that pursuit. We’ve developed books and courses to that end and firmly believe that a solid educational foundation paves the path to total enjoyment of the sport. However, this activity involves the forces of Mother Nature and that can sometimes instigate a change in plans. For that reason, we strongly advocate the use of a “float plan.”

At its most basic level a float plan is telling a friend who’s not leaving town that you’re going out on the boat for however long you plan on going and dropping them a text or call when you get back. This kind of thing avoids the uncomfortable feeling of losing your mast and saying to yourself, “well, I’m drifting out to sea and I’m pretty sure no one will miss me for the next five days. I really feel like I should have packed a few more water bottles…”

For longer voyages that involve long passages and multiple stops, a more elaborate plan is needed. This type of document would involve more details that would help in insuring your safety should contact be broken. According to the United States Coast Guard this more involved float plan would include a description of your boat, who is on board, a description of the safety equipment you are carrying and, like the simpler version, where you expect to be, and when you expect to be there. The full USCG plan is actually far more detailed than that, but these are the broad strokes. 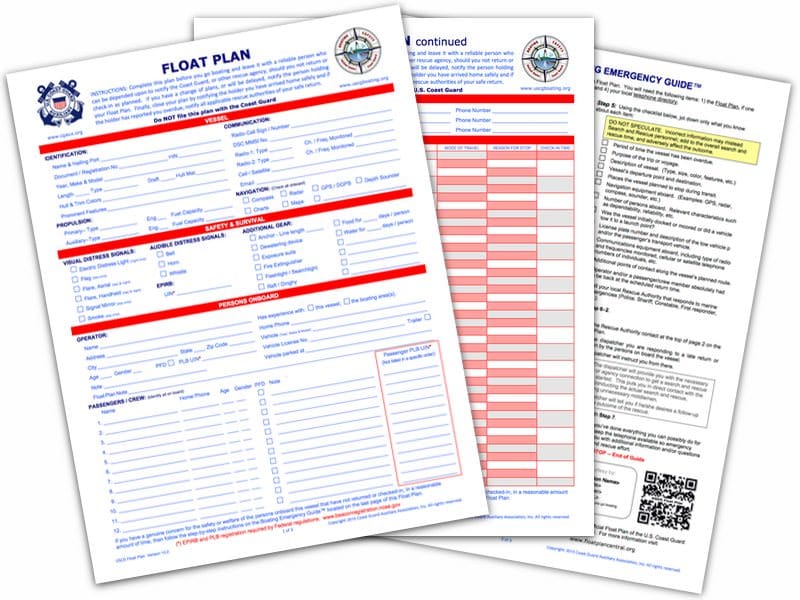 A Great Float Plan Template From The USCG

A trusted person, typically on land, would hold the plan and keep track of the voyage making sure everything is happening according to the (most likely) loose schedule. There is no official float plan document and there is no legality involved, but this action is very prudent.

Here is a great template from the USCG http://floatplancentral.cgaux.org/download/USCGFloatPlan.pdf