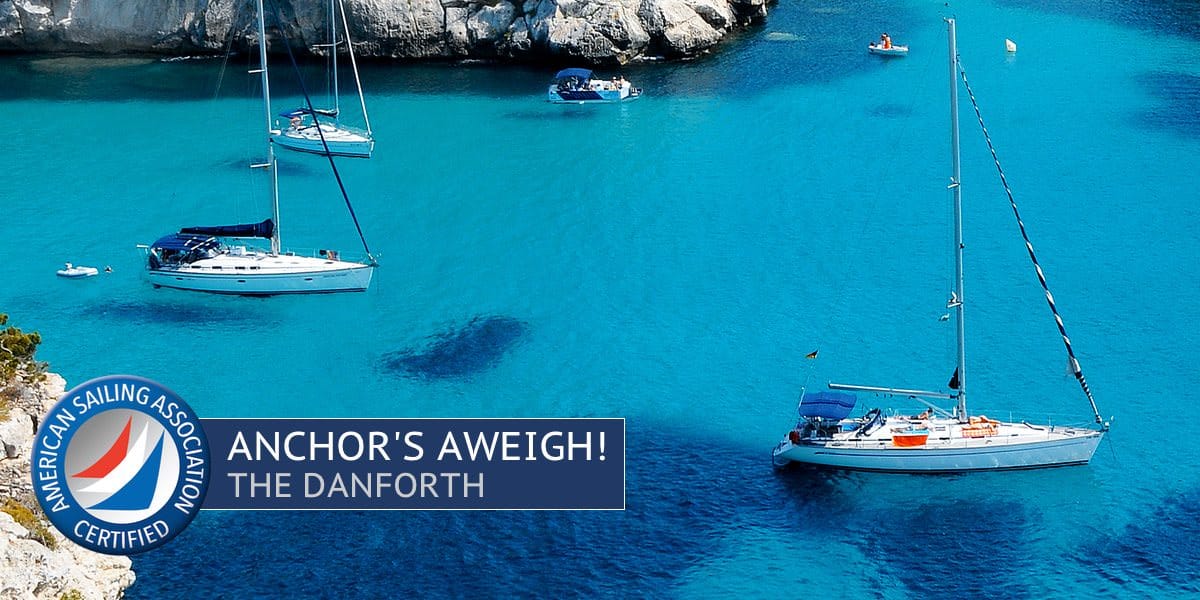 Maybe nothing beats the feeling of broad reaching on flat water in a 12-knot breeze. As the boat gallops along, you can feel the boat almost smiling – it’s doing exactly what it was born to do and the feeling is contagious. However, a close second to this awesome experience is the feeling of arrival. Destinations at the end of a sailing voyage are often beautiful and it’s always amazing to pull into a space only accessible by water. A place that requires dropping the hook, hence becoming part of the surroundings. But what hook? Let’s talk about all the different types of anchors and what they do best and where. We’ll start with probably the most popular anchor on the market, the Danforth. Folks seem to like the Danforth best, probably because it’s pretty effective in mud and clay, but particularly sand. It also folds up easily and it’s lightweight and manageable. Richard Danforth came up with the design in the 1940s for the use on landing craft. It operates on a hinged dual fluke system that creates a fork, which grabs the ground. As the boat tugs on it via the current and wind, the Danforth forks grab harder. For many situations the Danforth is a great versatile anchor. There’s a reason why most sailors carry this type of anchor. Beyond its ease of stowing and deploying, the Danforth usually grabs the ground and holds on tight. But to be fair, it does have its drawbacks and limitations. For instance, because its design revolves around the pressure and pulling from one side, should the current change, the anchor could lift. It also gets criticized for not always setting as efficiently and quickly as one might hope. When its dropped from the boat, the folded flukes can sometimes act more like a wing than an anchor and not set right away. Lastly, the Danforth is definitely sub-par in rocky or grassy sea-beds – it doesn’t like them.

Like so much in sailing, equipment has pros and cons, so sailors have to consider the normal relevant conditions they most often see and pitt that against  the proposed tool for the task. Once that math is done, chances are you’ll find what’s best. For many, the cleverly designed Danforth works out just fine. It’s portability, weight and effectiveness usually fits the bill, which is why it’s what most sailors use for their anchoring needs.