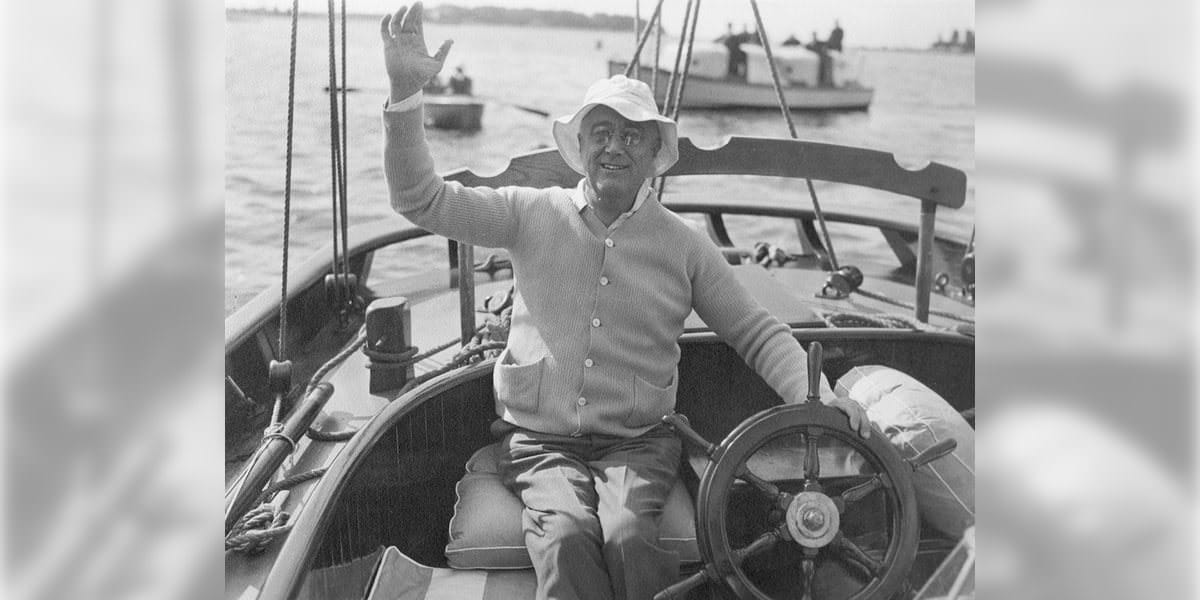 On this Presidents Day we, of course, asked ourselves the ASA obligatory question: Did our former Presidents sail? The answer is yes, but two Presidents are especially worth spotlighting – John F. Kennedy and Franklin D. Roosevelt. These guys really loved sailing.

We all know John F. Kennedy loved to sail and he made it abundantly clear that sailing was his favorite pastime. He won races as an East Coast kid and never lost his love for sailing. When he became President he sailed a gorgeous 62 foot Sparkman & Stephens yacht named Manitou that was fully equipped to handle both heavy weather and Presidential business. It was a gorgeous boat built in 1938 that was stylish, fast and elegant. Kennedy loved Manitou but she required a decent sized crew so it was his smaller and more manageable Victura that he held closest to his heart. Victura was a 25-foot Wianno Senior gaff rigged sloop that he had since he was 15. She was a simple day sailor that he sailed often and even taught Jackie to sail on. It’s been reported that the day before he was shot on that fateful day in Dallas, JFK had a doodled an illustration of the boat on a piece of hotel note-paper. Kennedy had the love and was no doubt the most famous sailing ambassador in political history.

Like Kennedy, Franklin D. Roosevelt was an avid sailor and like JFK, the waters of New England were his stomping grounds. Unlike Kennedy, his affection for the sea and sailing in particular were not quite as well known, but no less deep. In fact, a book called Sailor in the White House details his sailing activities indicating he definitely sailed quite a bit more than what JFK’s photo ops might have inferred. According to the book, FDR logged over 110,000 miles while President of the United States.

He would take week-long cruises in all different parts of the world. It’s said he received word of some of the most important world events while sailing, including hearing of Adolf Hitler’s intentions of going to war. Subsequently he held secret meetings with Winston Churchill at sea where they discussed and drafted some extremely important principles regarding the world conflict like the Atlantic Charter that outlined the goals of the post war era. Roosevelt was an accomplished navigator and a true sailor. His handicap drew him even closer to sailing as it was a place where his limitations were less prevalent. Roosevelt made the New Deal but he was the Real Deal when it came to sailing!