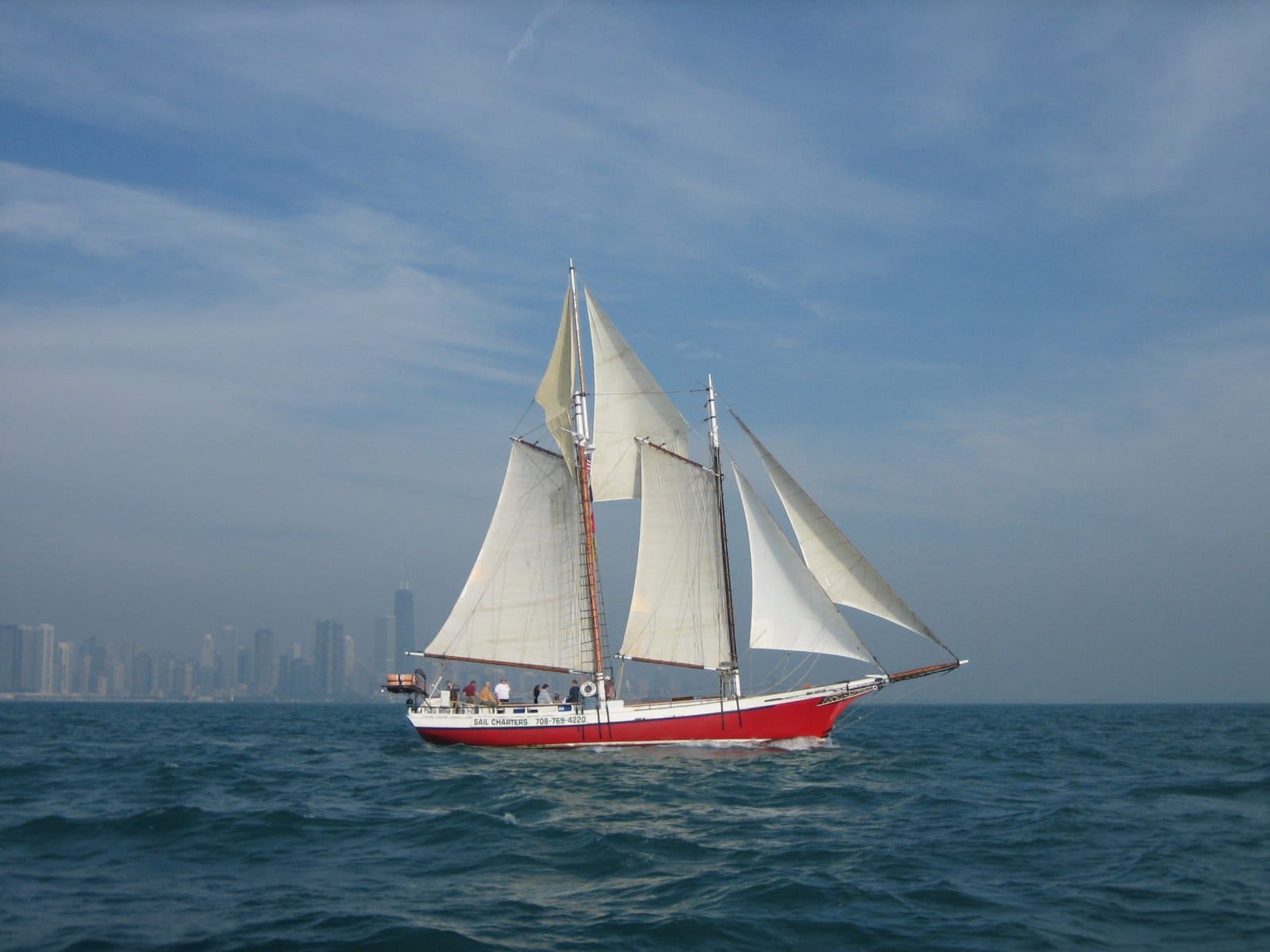 The schooner is another split rig plan, like the ketch and yawl, but really fell out of favor after having a very dominant place in sailing history for quite a long time. Early in the 18th century on into the 19th they became widely popular for their speed, versatility, and upwind prowess, which by today’s standards is not good, but at the time was surely better than the larger unwieldy ships of the day.

By definition, a schooner is a sailboat with at least two masts, with the forward mast (foremast) being a bit shorter than the main mast. Although a schooner can have more than two masts, most were just two. During the time of their popularity this smaller and better upwind set up allowed for a more efficient and manageable sailboat. It was the preferred choice of pirates, privateers, slaveship captains and others.

Although schooners filled a need at the time, they were eventually all but replaced with sloops and yawls that were even better upwind and easier to manage. The schooner’s two large sails weren’t all that efficient and there was a lot of sail to deal with. Perhaps yawls and ketches are still around mainly for that reason – the second sail is pretty manageable – a schooner, on the other hand, was (is) a lot of work and a lot to maintain.

In the other What’s in a Rig articles we made a case (or a partial case) for the practicalities of each particular rig, but the schooner doesn’t have any shining advantages over what came after it. Perhaps their contribution to modern sailing is to illustrate how it was once done. They are an extremely important element in the evolution of sailing and,for that matter, world history.

From the times of swarthy pirates to the racing legend America that ushered in a modern age, schooners ruled the oceans, so give them their just due. Maybe next time you see one, give a nod and say, “thanks schooner, if not for you I probably wouldn’t be sailing this bitching J-boat right now.”