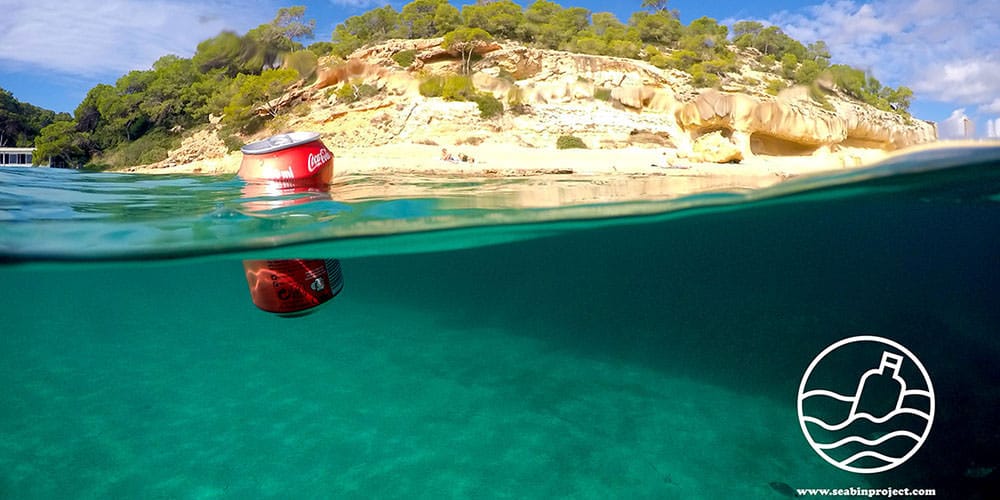 It’s pretty cool when people decide to take a giant chance, involving great sacrifice, to pursue something they believe in. It’s even cooler when that thing involves making our waters a cleaner and better place. Aussie watermen Pete Ceglinski and Andrew Turton are on that path with their new idea called Seabin, a device that passively collects debris and pollution in marina environments. Ceglinski was formally a product designer who created many plastic products in the span of his career, but he began to feel that he was, in a way, part of the problem. “After a while, I realized we didn’t need the stuff I was making, so I stopped,” he said.

Turton already had the idea when the two met but Ceglinski’s knowledge and background would make it a reality. The likeminded duo created a simple device that sits behind a docked boat, quietly collecting all the nasty rubbish that passes its way. It operates in conjunction with a shore-based water pump on the dock. The process uses the in-water bin to basically act as a trap for big debris and also a large scale oil/water separator. Once the marina water passes through the system, clean water flows back into the ocean.

ASA loves seeing efforts like this that focus on making our waters cleaner and more livable. Currently the Seabin is in the crowd funding (see their campaign on Indiegogo) phase but they have built a prototype that they say is working well. Their goal is to get big numbers of boaters using the Seabin, since its success relies on the domino nature of many Seabins operating at once in a given location. However they say their ultimate goal is to live in a world where there needn’t be any Seabins…