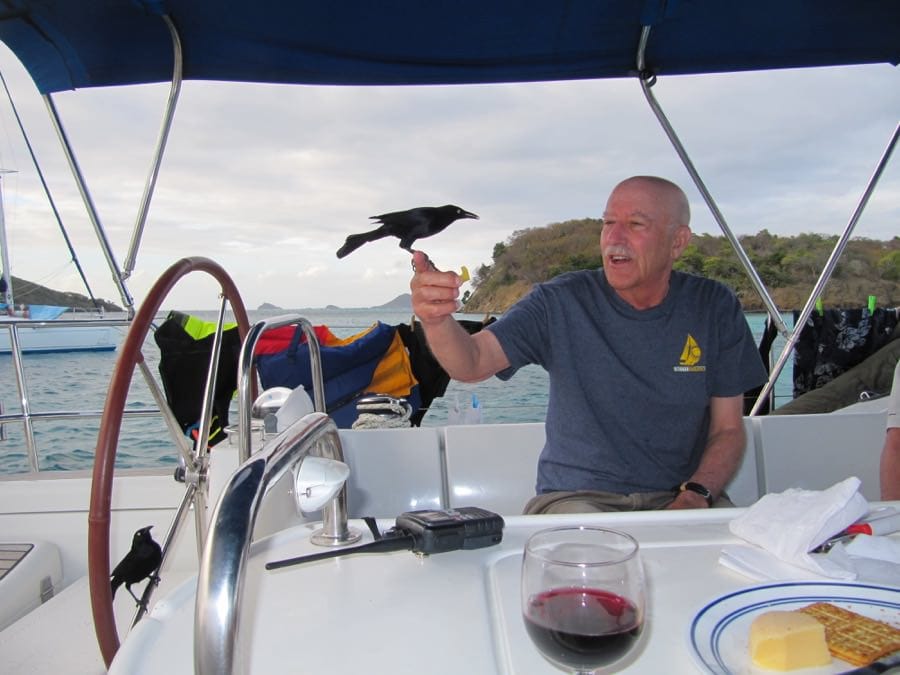 Bob Diamond has been teaching beginning-sailors the ropes for a good long time and has been an instructor at Spinnaker Sailing in Redwood City, California since 1984. Although he is happy to be recognized as one of ASA’s Outstanding Instructors, it’s not necessarily a new feeling – he’s actually been singled out for the honor seven other times through the years.

Diamond is what’s known as a “Lifer”. He has been sailing for over 40-years and knows his way around sailboats as well as anyone. He is a licensed 100-ton Captain, an experienced offshore racer and was Captain of the 78’ brigantine Rendezvous in San Francisco Bay.

“In the spring of 1984, I found an ad in Latitude 38 magazine for a Sailing Instructor,” Diamond says of his beginnings as a teacher for hire. “Sailing Instructor! I didn’t know that was a job!”

Diamond dove in and quickly earned his ASA 203 and 205 certifications. He continued his education and at the same time sought out a variety of interesting on-the-water experiences. From repossessing boats along the Northern California coastline to dodging hurricanes on an ocean crossing sail to Hawaii, Diamond has been living the modern sailor’s life. He said running the 78’ brigantine on the San Francisco Bay was the most memorable.

“Sailing a vessel that can carry 9 sails at once is challenging enough but taking care of up to 49 passengers and a crew of up to 7 makes one feel a real sense of responsibility,” he said.

With all the wide-ranging experiences Diamond has lived, all along, his attitudes towards teaching remained something he has always taken very seriously.

“I think my knowledge and experience about sailing make me a good instructor but it takes more to be an outstanding one,” Diamond said of the distinction that brought him the recognition. “It’s necessary to relate to people and empathize with them while they learn the skills and knowledge that will turn them into sailors themselves.”

As for his own sailing preferences, Diamond says he still loves the South San Francisco Bay especially in the summer when it warms nicely and produces great winds in the afternoon. He leads bareboat charter trips for Spinnaker Sailing and just recently returned from Leeward Tahitian Islands.

Asked about advice for folks new to sailing Diamond said: “Enjoy sailing. It’s one of the most enjoyable pleasures available.”