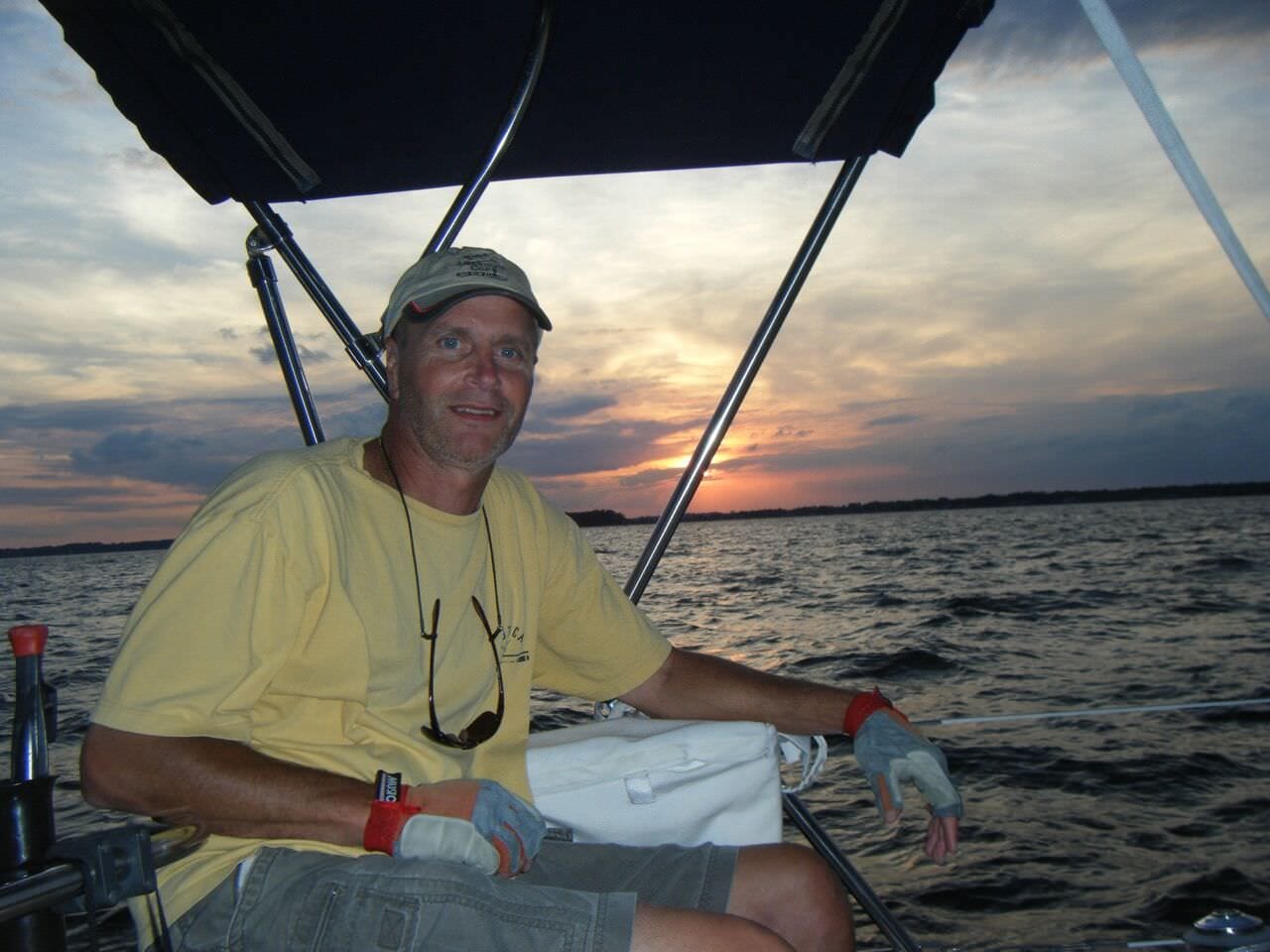 Chet Shubert was waiting for the ferry to Alcatraz in San Fransisco one afternoon and was entranced by all the sailboats darting around in the crisp winds the bay so often produces. The good news was he was going to Alcatraz just as a tourist, the other good news was his life was changed from that moment on… for the better.

That week Shubert joined Olympic Circle Sailing Club, and started his quest to be one of those same lucky sailors, out in the bay on a sunny and breezy afternoon. In no time he would gain his 101 and 103 certifications and soon found himself blazing around the bay on the club’s the club’s J 24s. He later earned his 104 certification at Modern Sailing School & Club in Sausalito and now sailing was officially in his blood… and on his resume.

From there Shubert made his way to the east coast where he taught at Gulf Coast Sailing and Cruising School on Charlotte Harbor and at Reef Runner Sailing School in Panama City. His style of teaching is based around a more organic philosophy that involves an intentional avoidance of instruments and the use of boats with tillers.

“My students have given me good ratings for my ability to make them feel comfortable by reducing their anxiety and for teaching them to learn to ‘feel the wind’,” he said of his method. “I avoid using instruments and minimize their use of the windex so we can speed that learning curve up.”

As for using boats with tillers Shubert says: “It allows for you, very early on, to develop the skills difficult to learn on a mid-size cruiser. That is why I like teaching at two of the few schools left that provide access to tiller sailboats for instruction.”

On his own sailing time, Chet says after experiencing places like Australia, Helsinki and countless locations around the U.S., it’s his home base of Charlotte Harbor in the Southwest Florida Gulf and around all the Barrier Islands that he likes best.

“Absolutely no doubt this area is my favorite,” he said with satisfaction. “I am lucky to have all this available right in my backyard.”

As one of ASA’s Outstanding Instructors, he was asked to impart advice to those new to the game Shubert said: “Get out sailing as much as possible, practice, learn from mistakes, and have a blast!”