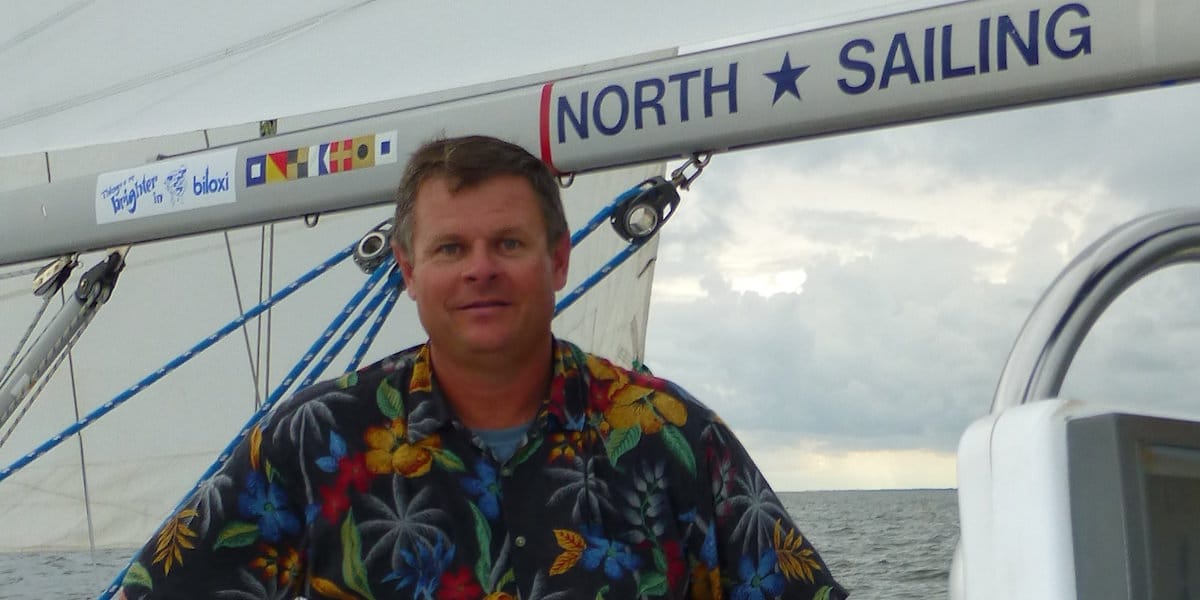 Sailing school owner Jim King didn’t scratch his sailing itch right away, but he definitely made up for lost time. It was just in 2006 when he took his first ASA 101 and ASA 103 courses but he bought a boat the next weekend! Now there’s a guy who knows he found his calling. He sailed all the time. First he explored the Jacksonville, Florida area, then the waters of England for three-years and when he joined the Air Force he continued to sail, this time on the Potomac River in DC and the Chesapeake Bay around Annapolis.

As King prepared for retirement from the Air Force he didn’t see a ton of employment opportunity on the horizon. After a good amount of searching and an even better amount of anxiety, his wife suggested opening a sailing school, reminding him that it’s what he truly loves to do.

“I gave the owner a call to find out what was involved, what kind of investment was needed, what training would be required… next thing you know I bought his business.” King says smiling. “A decision I do not regret in any way.”

Today Jim is the successful owner of North Star Sailing Charters in Biloxi, Mississippi and recognized as one of ASA’s Outstanding Instructors. He’s a die-hard sailor but also loves the teaching aspect of his daily work.

“I think my students appreciate my personal attention to their sailing needs and their sailing dreams,” said King of his teaching style. “And occasionally I make a couple of them laugh.”

If there are two things King holds dear – it’s his sense of humor and undying love for sailing. When asked what he likes to do when not sailing he replied: “I don’t understand the question… are you saying there is something to do other than sailing?”

He jokes, but this guy likes to get in the boat. He says he loves the wide open sailing of Mississippi Gulf Coast, with all islands to explore and harbors to go visit, but misses cruising the Chesapeake Bay. “There were always many other boats around and that is what makes sailing fun,” King said.

If he has any regrets, it’s what he tells his student today: “Don’t delay the dream as I did. Jump at the chance when you can and get out on the water.”