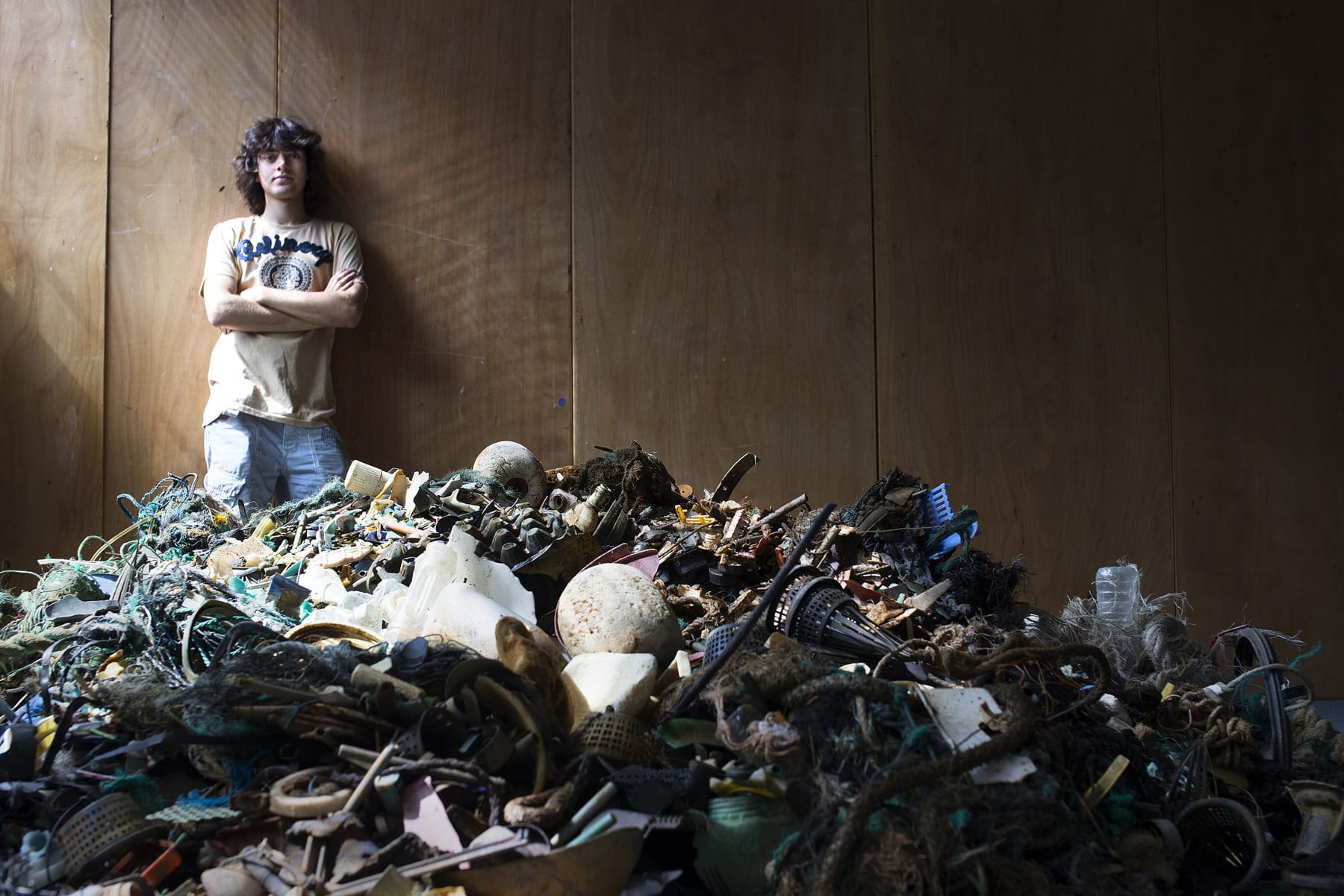 Young Boyan Slat made a splash when he announced a year and a half ago he had a plan to rid the oceans of plastic pollution. After a recently published feasibility study Slat feels confident he can make a giant difference with his organization The Ocean Cleanup in cleaning the oceans. Now he’s looking for sailors to pitch in and help by sailing their boats in the Mega Expedition – a voyage from Hawaii to the mainland that will help understand the amount of plastics that are out there. Participating sailors will be paid for their efforts and they will get the satisfaction of helping with this global problem. Here is the second part of ASA’s exclusive interview with this 20-year-old Dutch engineer (read the first part here).

ASA: Does sailing/sailors play a part in the Ocean Cleanup?

Slat: For sure. The majority of the expeditions we’re doing we use sailboats. We use a boat called the Sea Dragon, which is a 72-foot [steel] vessel that was designed for [the Global Challenge Race], a race around the South Pole and we just finished an expedition using the tall ship Wyldeswan – a Dutch vessel. In general I think it would be a fair observation, if you look at the whole team we have, out of the 12 people we have as staff, all of them are either a diver or a sailor. Sailors have also been a great base of support for the project so far.

ASA: Is it because of the low cost, low carbon footprint and range that you use sailboats?

Slat: There’s certainly a cost benefit. What we [try to] do with these expeditions is to piggyback on existing cruises. The ones we organize ourselves are sailboats – it’s a cost effective and sustainable way to travel. So yeah, we have positive experience with using sailing vessels.

ASA: Do you consider yourself a sailor at this point?

Slat: I’m afraid not. I’m more of a diver. I’ve done only one real ocean sailing voyage – about a year ago from Bermuda to St Thomas. I enjoyed that a lot – I’ll be doing another one in June of this year. But I’m quite bad when it comes to seasickness. Even though that’s the case, I still think it’s worth going on the expedition – it’s a lot of fun.

ASA: How can ASA and its members help in your efforts?

Slat: The greatest impact you can have is by actually joining the Mega Expedition. And if you do, you will help in cleaning the ocean of plastic, most of your costs will be covered and we can even supply you with a volunteer that would take care of the measurements if you don’t feel like doing it yourself. You get to see the Great Pacific Garbage Patch with your own eyes. That’s the primary way we hope to get help from sailors. Other than that, we’re always looking for more people – any type of support and help spreading the word of these issues. For now, the critical thing is finding vessels to join the expedition.

ASA: When you say “most of your costs will be covered”, what exactly does that mean?

Slat: Yeah, they would get a certain sum of money in advance. And if they did everything very well – match the latitudes we’re specifying, the quality of the measurements in what we instructed them to do – they would get another bonus at the end as well.

The priority now is to recruit more boats, if you are interested in participating as a boat owner, or as crew, email megaexpedition@theoceancleanup.com today.