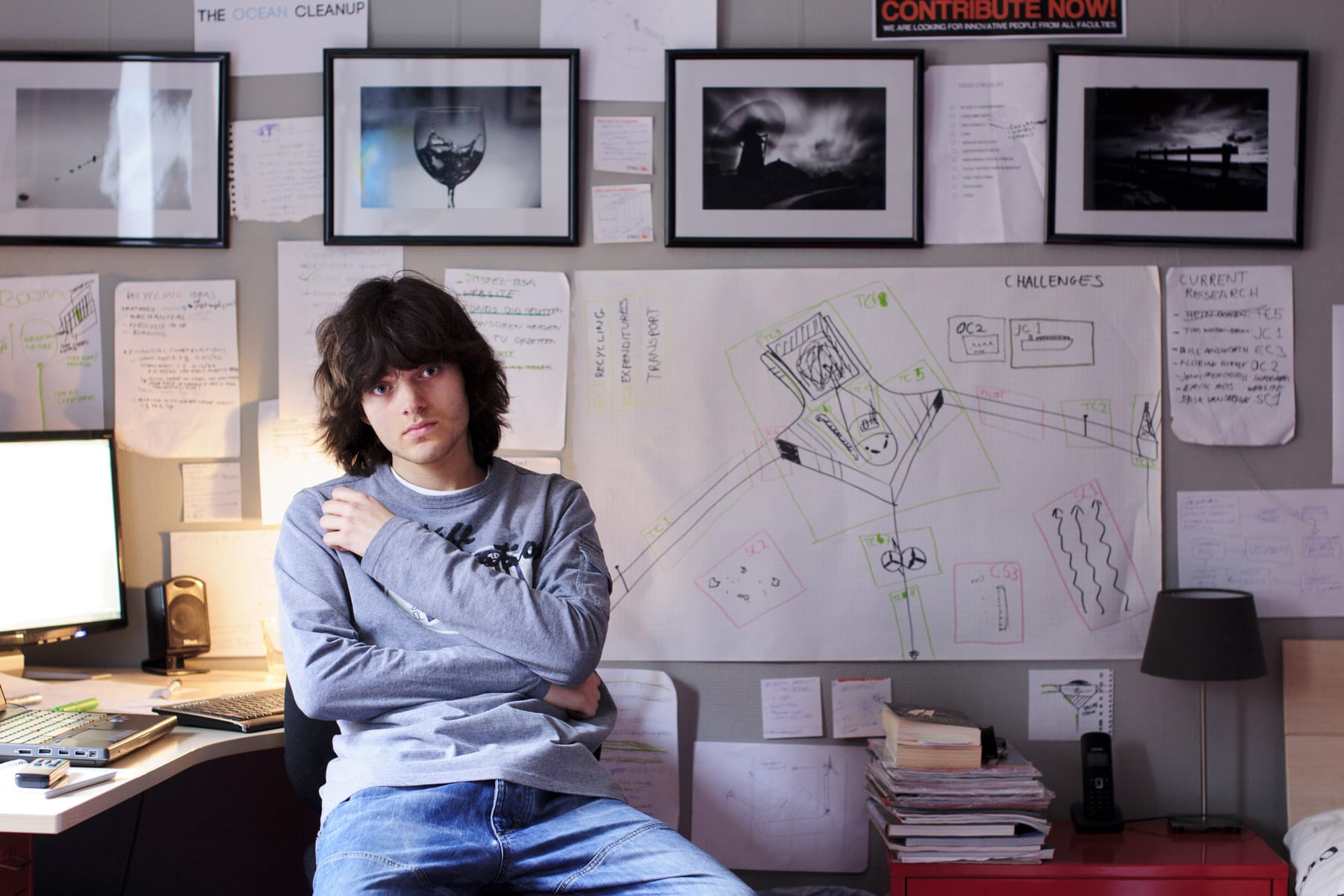 Sailors Called Upon to Help With Ocean Clean Up!

ASA caught up for an interview with Dutchman Boyan Slat, Founder of The Ocean Cleanup. Slat is an amazing young guy who, at 19, announced he had a solid plan to clean the world’s oceans of harmful plastic pollution faster and more efficiently than any have proposed before. In 2012, the skinny longhaired teenager spoke on a TED Talk stage of a plan that would harness the existing tendencies of the ocean and, in essence, coral the garbage for a manageable and cost-effective removal.

Fast-forward a year and half later and the ambitious environmentalist has begun the operation. Last year he published a feasibility report that confirmed his concept indeed had legs. From there, he has formed a team, raised funds and is now creating pilot phases that will actually test his theories in the real world.

Part of the process involves more accurately understanding just how much waste is out there and that’s where sailors come in. Slat is organizing what they’re calling the Mega Expedition. – up to 50 vessels will cross the Great Pacific Garbage Patch in parallel, in what will be the largest ocean research expedition in history. They have yet to sign up 50 boats, but he is confident that he will reach that goal before August.

ASA:  What is the Mega Expedition? It’s not a clean up effort, but more of a research expedition, correct?

Slat: The Mega Expedition isn’t to clean up the oceans – it’s to determine how much plastic is in the ocean. Using computer models we determined we would be able to clean up half the Great Pacific Garbage Patch in 10-years time using a single 100-kilometer system. The question however is how much, exactly, is half the Great Pacific Garbage Patch? Is it 100,000 tons, is it 1-million tons; is it 10-million tons? Nobody really knows. There have been many estimates about how much is out there, but they vary. This is quite important for us to know for primarily two reasons. One of them is economic. If there are ten times the amount of kilos [than we thought] in the ocean to extract, obviously the cost per kilo (to extract)  goes down almost to a factor of ten considering that the plastic we extract we will reuse and recycle. That’s quite important for the business model. Although it doesn’t fully rely on it, it would make things easier.

The second reason is – to design the extraction equipment, to scale them correctly, we need to know if they have to process a ton of plastic or ten tons per hour…things like that. So that’s why we came up with this thing called the Mega Expedition. It’s a project taking place in August of this year. Using 50 sailboats, we will cross the great Pacific Garbage Patch in parallel. We’ll do more measurements in the course of three weeks than have been collected in the past 40-years combined. This should enable us to give an accurate estimate of the plastics in the ocean.

ASA: How is the Transpac [race from LA to Hawaii} involved in this?

Slat: Yes – many boats are participating –  not all of them because some are being shipped back, but most of them will be. It will be the boats that are doing the delivery voyage back to Los Angeles. Since there is a lot of motoring being done anyway, we can use those vessels to go through the more southern latitudes. Our research area is 25-north – up to 40 north. It will allow us to cover three and a half million square-kilometers. The important thing is that the vessels leave around the same time, this will provide us with a high resolution snap shot of what’s in the ocean. What organizations like NOAA and some other non-profits do is they go out to the ocean take a few measurements, come back and repeat the same thing year after year. There are problems with that. For instance, the patch is moving around. If you take a measurement of one spot and come back a week later, you would get an entirely different reading. Therefore it’s important to get a lot of measurements in a very short time and the only way we felt that was possible was doing the Mega Expedition.

What kind of contraptions are these boats affixed with?

Slat: There are two types of measurements they will be doing. One of them is called a surface troll, which is a net that is 60 centimeters wide and 15-centimeters deep – this basically skims the surface of the water. It’s attached to the spinnaker pole or to the stern of the vessel. By doing six one hour trolls per day, we will be able to quantify and study the distribution of the smaller particles (millimeter and centimeter size ranges).

The second type is a net we developed for larger objects in coordination with a smart phone app [for even larger things]. They can log the big objects that they encounter. That way we can count the biggest stuff as well.

Is the Mega Expedition is open to anyone?

Slat: Yes. I highly invite anyone with an ocean-going boat to join on this adventure.

Click here for part 2 of the Boyan Slat interview!

The priority now is to recruit more boats, if you are interested in participating as a boat owner, or as crew, email megaexpedition@theoceancleanup.com today.