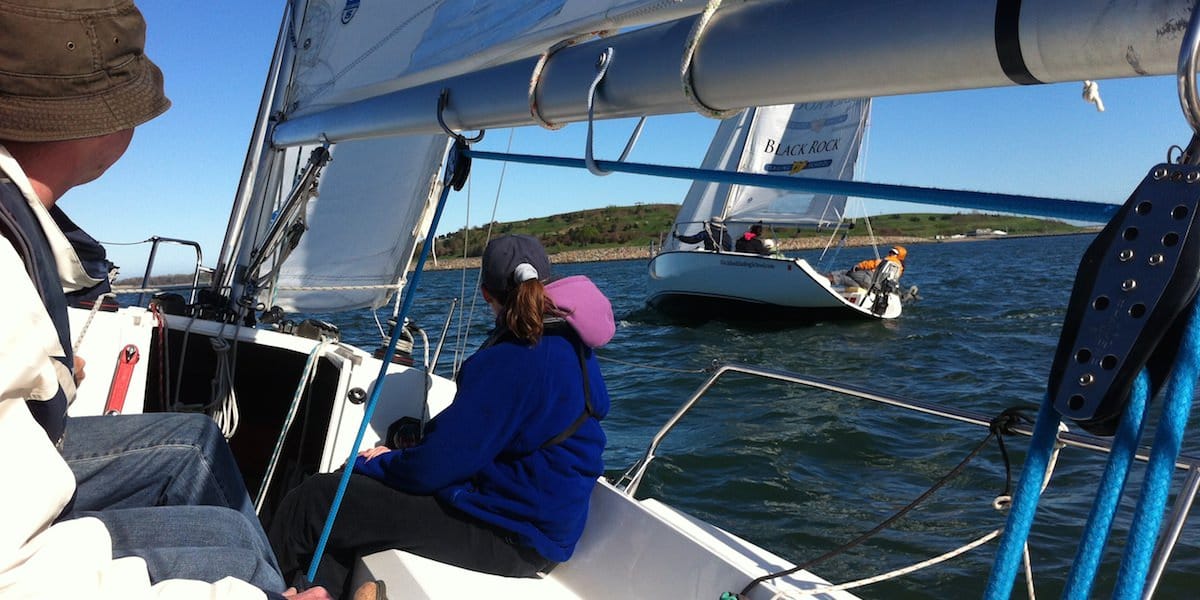 As his skilled progressed he raced in high school and college but after countless bruises on his knees and shins, the young sailaholic started to appreciate boats with a bit more room and comfort.

“I had outgrown the Vanguard 420 and all the knee and shin bumping associated with it,” Sullivan says. “I left the world of roll tacks and team racing to enjoy the good life, establishing my new mantra; I will only sail a boat with at least two cup-holders.”

With a mantra established and a philosophy in place, Paul set sail on the road to education. He found Black Rock Sailing School and powered through 101 on thorough to 104 aboard the school’s Hunter 49 (which is fully equipped with many drink holders). He then began accruing sea time in pursuit of a USGC Masters License and expanding his reach in the sailing industry by taking various jobs like mooring servicing, youth sailing instruction, private captaining and yacht delivery.

Sullivan says a highlight and turning point in his life was when he made his way to Australia where he met a college friend who was studying abroad. They chartered a roomy catamaran and explored the waters of down under.

“With a totally inexperienced crew of like-aged hooligans, we set sail with me at the helm as captain of a 45-foot power catamaran for 10 days,” says Sullivan. “With the charts and cruising guide as my bibles, I showed my new friends the week of their lives exploring the totally unfamiliar waters of the Whitsunday Islands at the southern end of the Great Barrier Reef.

“It was the success of that trip, talking to locals, finding snorkeling spots, leading the group to fun bars and nightlife that sparked my decision to become a true Captain.”

Today, Paul is a respected instructor at Black Rock with not only a love for sailing and being on the water, but also for the art of communicating information to students in a way they can help them learn most efficiently.

“Not only must a great teacher know their subject matter cold, they must effectively convey it to their students who inevitably will have a range of learning styles,” Sullivan states. “There is no better way to honor the sport we all love than to share it through the gift of teaching.”

While the young instructor puts the onus on himself to present information in a digestible and understandable way, he does ask his students to be open-minded and ready for a challenge.

“My biggest tip for students, or anyone, is to step out of… better yet leap out of your comfort zone,” Sullivan suggests. “You find out who you really are when you challenge yourself. Try something new, push further. The harder you push the greater the reward and satisfaction.”