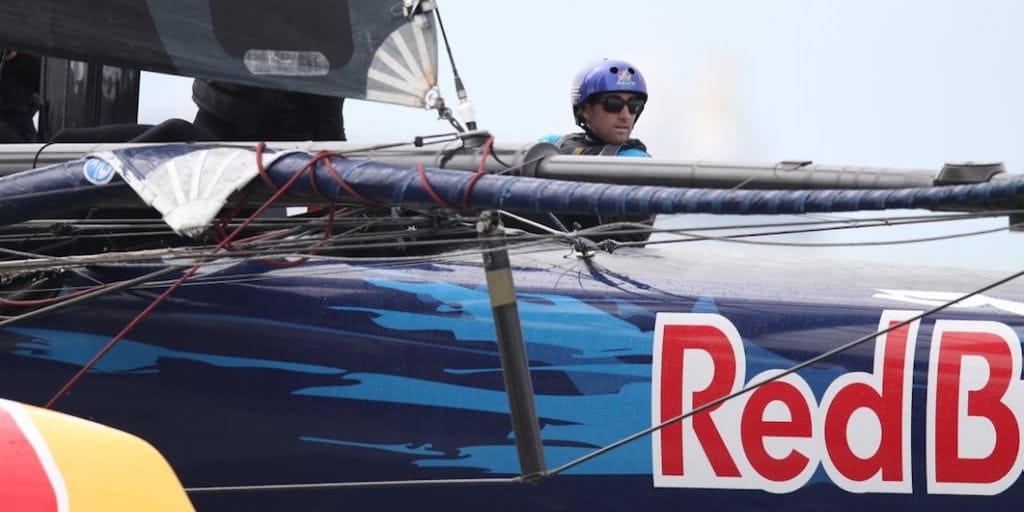 College Sailor of the Year, Graham Landy began sailing mostly out of convenience; Norfolk Yacht and Country Club was nearby and had a reputable summer camp for children. However, his talent on the water quickly emerged and in relatively short order he began sailing an Optimist as a member of the US National Team. Landy soon moved on to the 420, winning the Youth Championship, Orange Bowl Regatta, and International 420 North Americans.

As a junior at Yale College he captured the coveted College Sailor of the Year title and has branched out into the larger racing community as well. Landy competed in the Red Bull Youth America’s Cup 2013 as a tactician, finished third at the Youth Match Race Worlds this past summer and was part of the winning team at the Melges 32 Worlds. What are the most important things you’ve learning from college sailing?

The three most important things college sailing has taught me are discipline, boat-on-boat tactics, and teamwork.  With many short races, no throwouts, and often shifty conditions, college sailing places a premium on consistency. Staying disciplined on the racecourse and making high percentage decisions makes a huge difference in this part of the sport, and a long series Illustrates the benefit of being conservative.  Moving into the more tactical aspects of sailing, collegiate racing features evenly matched, slow boats that create a lot of close tactical situations around the course and at marks.  With the ability to practice and race with a higher frequency than at any other point in my sailing career I’ve learned how to place my boat relative to others to produce low risk, high reward situations. College sailing emphasizes strong boat-on-boat tactics, while longer course events often require a greater degree of big picture, racecourse tactics.

What has contributed most to your success? What are some of your biggest obstacles?

I’ve always been incredibly passionate about sailing – this attitude has helped generate a hard work ethic.  I take practice incredibly seriously and as I’ve gotten older, I’ve been able to separate performance in practice from improvement.  In other words, I’m now comfortable sailing in a practice and not performing to my potential because I am trying to develop a new skill.

An obstacle to success would be my competitive nature – I would describe myself as hyper-competitive on the racecourse.  I often expect perfection, which can easily lead to frustration.  Learning how to focus on the big picture as opposed to minute details has allowed me to become a more relaxed competitor.

What would you tell youth sailors looking to compete in college?

I would encourage youth sailors looking to participate in college sailing to race a wide variety of boats before their freshman year. I think obtaining a varied skill set improves adaptability, which can be a critical skill in college where most sailors compete with several different partners, sail several types of dinghies, and regattas take place at tricky venues.

Most importantly I’d caution sailors to avoid overemphasizing the importance of sailing to their college experience.  While sailing will undoubtedly consume a significant portion of time and provide a great group of friends, it is important to choose a school based on factors other than sailing. Sailing on “Argo” at the Melges 32 Worlds

What are your plans in the future?

My sailing plans for the future are a bit up in the air at the moment.  For a while, I was considering an olympic campaign in the 470, but I have put olympic aspirations on hold to gain professional experience in a non-sailing field.  As I enter the working world, I hope to remain involved in one-design keelboat programs.  I’ve enjoyed my experiences on the Melges 32 and Etchells – at the minimum, I plan to continue competing in those classes .