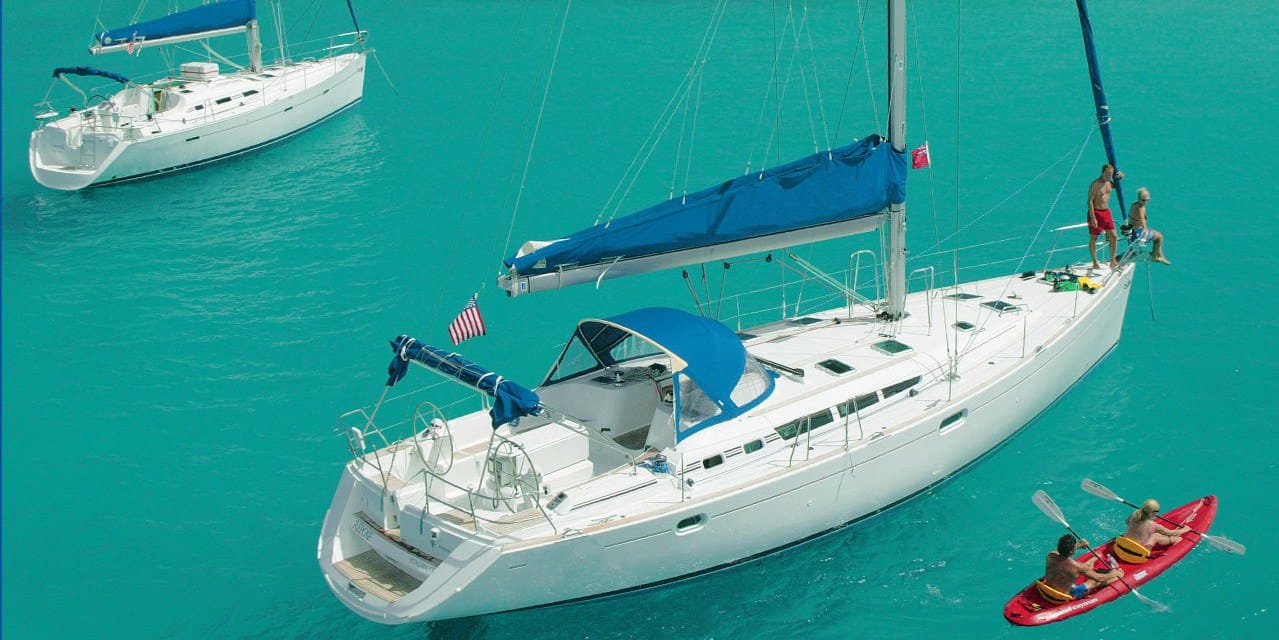 In the fall of 2014 ASA released their new book Bareboat Cruising Made Easy. ASA’s much acclaimed new bareboat cruising manual is the ultimate reference book for anyone interested in the bareboat cruising lifestyle. The book is much more than just a textbook for ASA 104 students, however. Bareboat Cruising Made Easy is a one-stop cruising reference for all sailors, whether they have a few months or a few decades of sailing experience. It covers everything a sailor needs to know about skippering a boat in new waters, from what to wear to how to troubleshoot the bilge pump.

Bareboat Cruising Made Easy is only available through an ASA affiliated school or directly through the ASA online store.

This is what the sailing press has to say…

The American Sailing Association’s updated textbook, Bareboat Cruising Made Easy, is essential reading for cruising sailors of all levels who are setting out for an extended sail. Intended to accompany the ASA Cruising 104 class as a textbook, this 212-page book is so thorough and all encompassing that it will prove to be a useful, if not required, reference for anyone leaving the dock for more than an overnight.

ASA deserves kudos for overhauling not just this established text, but its whole textbook series over the course of the last few years. Bareboat Cruising Made Easy is a great example of the ASA’s invigorated commitment to well-organized and eye-catching book design and updated, modern text.

Chartering is more popular than ever, and surveys show that most sailors plan to charter a sailboat within the next 24    months. For many sailors, the chance to take the helm and steer their own course while on vacation is high on the list of desires.

The American Sailing Association offers a course in bareboat sailing called ASA 104, Bareboat Cruising. Bareboat Cruising Made Easy is the ASA’s new manual and textbook that is part of the updated curriculum for ASA 104. With the book, ASA’s goal is to “teach you how to sail to some beautiful places and have an immense amount of fun. You’re on a sailing vacation!”

Bareboat Cruising Made Easy also makes a handy reference guide—the book will appeal to all sailors interested in going on a bareboat cruise, not just sailors taking the course. Among the topics covered are planning a cruise, cruising-boat systems and seamanship including VHF protocols and port formalities, which are two integral but sometimes intimidating skills cruisers need. There are the requisite chapters on navigation, weather and safety as sea, as well as a section on living aboard a sailboat, the do’s and don’ts of socializing and flotilla sailing.

SAILING Magazine Contributing Photographer Billy Black provided the photographs, which are often action shots depicting a correct sailing procedure, such as using hand signals when weighing anchor or the correct way to ease line off a winch. The technical drawings are by Peter Bull, who has 25 years of experience illustrating sailing books.

Explanatory drawings and photos fill the book. Whether a sailor is a visual learner or someone who likes hunkering down and highlighting text, Bareboat Cruising Made Easy provides an up to date, convenient way to get a lot of bareboat cruising how-to information across and prepare a sailor for a bareboat cruising vacation. More than that, it should be on every charter boat. Even experienced sailors will find useful information within this well-researched and well-presented book.

The ASA says this course is for intermediate sailors aiming to become confident bareboat captains, which is not a simple matriculation. As such, when they created the course’s companion textbook, Bareboat Cruising Made Easy, they knew they had a hefty task ahead of them. They wanted a book that would teach both the hard skills—engine maintenance, rigging checks, navigation—as well as the soft skills—how to prep your crew, what to pack—all in one textbook, all while keeping entertaining.

Culling from the expertise of several ASA instructors, as well as America’s Cup veteran Peter Isler, the authors manage to achieve all this in just 200 pages. With gorgeous photography by Billy Black and illustrations by Peter Bull, the book is both informative and enjoyable to consume. It’s impressive how much is covered in these seven concise chapters, everything from the charter check-in and –out process, to knot tying, to weather routing. There’s a glossary, an appendix and several re- view quizzes. To round it out, the entertaining chapter, “When Murphy Makes Mayhem”, provides an overview of sailing crisis management,which runs the gamut from ripped sails to fouled props to steering failure.

This helpful book will benefit any bareboat captain as both a learning tool in the beginning and a reference book throughout the years.