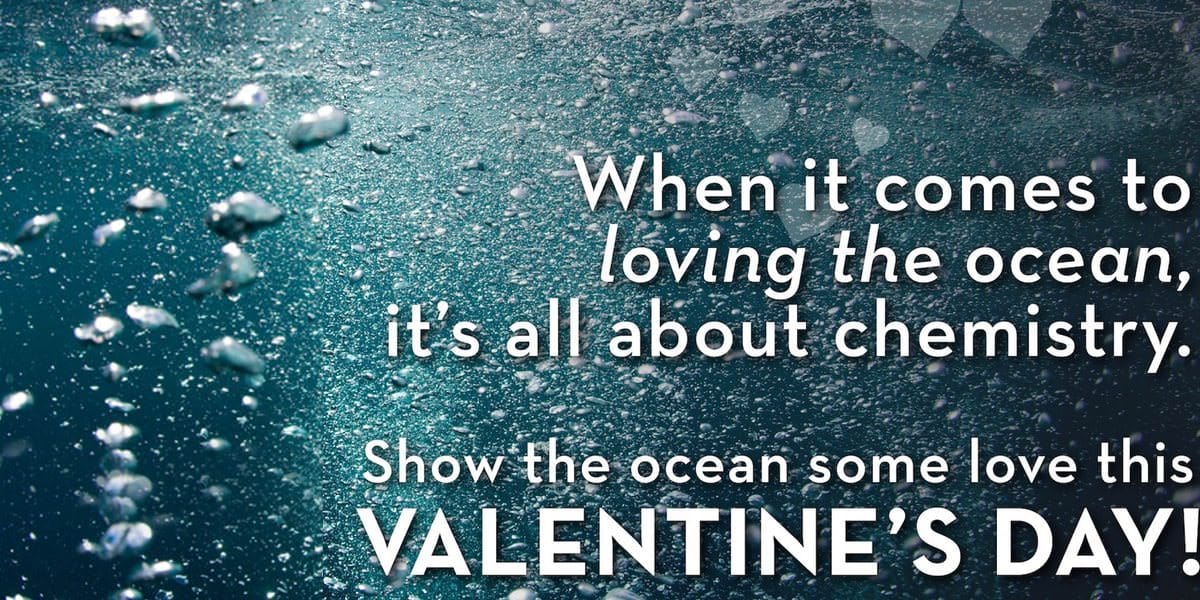 When it comes to loving the ocean, it’s all about chemistry.

This Valentine’s Day, Sailors for the Sea — a forward-thinking non-profit that inspires boaters to protect the ocean — is asking millions of U.S. boaters to show the ocean some love!

When you take the NT3 Pledge — No Trash. No Trail. No Trace. —  whether you live on a boat, along the coast, or in a landlocked state – your everyday choice to reduce your carbon footprint will benefit the ocean.

This important pledge comes on the heels of alarming new research published this month and the ongoing process of Ocean Acidification (sometimes referred to as the evil twin of climate change) caused by carbon dioxide emissions. The ocean absorbs more carbon dioxide than rainforests, one third of all CO2 emissions, which is causing the chemistry of the ocean to change.

“There’s no time to waste,” says David Rockefeller, Jr., chairman of Sailors for the Sea.  “And I don’t know of a community that loves the ocean more than recreational boaters. We have an extraordinary ability to affect change. For instance, with waste reduction alone, if only 10% of U.S. boaters stopped using single-use bottles for one year, that would reduce our carbon footprint as much as planting 500,000 trees”

Since the industrial revolution, the ocean is 30% more acidic due to absorbing excess CO2 in the atmosphere. By taking the NT3 Pledge you can help reverse this trend!

Learn more and take the pledge at: http://sailorsforthesea.org/nt3