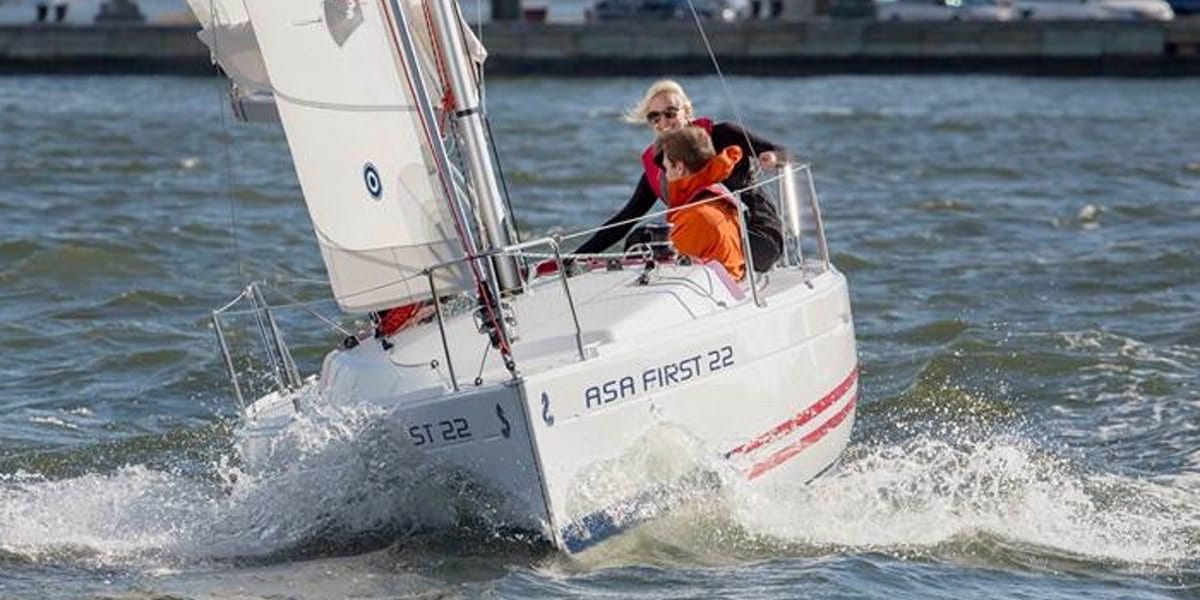 LOS ANGELES – January 20, 2015 – The American Sailing Association (ASA), America’s sail education authority, announced 2014 was a banner year. The Association, which has introduced more new enthusiasts to the sailing lifestyle than any other boating organization in the world, saw an overall annual increase of 10 percent in the number of new sailors who participated in its introductory sailing programs. The Association credits this growth to its progressive educational system, and its professional network of affiliated schools and instructors.

“ASA’s surge in the basic sailing genre is great news for the sailing industry in general, as these numbers predict an overall uptick in the number of new people coming into the sport,” said Lenny Shabes, ASA’s Chairman of the Board. “It also bodes well for future boat sales, for sailing apparel and gear manufacturers, and for the entire marine economy.”

Last year, ASA also enjoyed a rise in bareboat charter certifications due, in part, to its 2014 release of its new book Bareboat Cruising Made Easy. ASA’s much acclaimed new bareboat cruising manual is the ultimate reference book for anyone interested in the bareboat cruising lifestyle. Both Sailing and Sail magazines dubbed the book “the new bareboating bible” in their respective reviews.

“While some experts have been concerned by perceived sailing industry stagnation, ASA is growing by building a solid base of professional affiliated sailing schools, now over 300 strong and employing almost 2,000 certified instructors,” said Charlie Nobles, executive director of ASA. “Coupled with an effective marketing communications strategy, our schools are key drivers of growth because they are located on the front lines of student acquisition illustrating that sailing is fun, exciting, easy to learn, and a safe and surprisingly affordable experience.”

ASA also launched a variety of initiatives in 2014 designed to attract more newcomers to recreational sailing. Some of these included:

After initial exposure and instruction, ASA keeps sailors engaged in the sport through various offerings. Through its affiliated sailing organizations worldwide, it offers multiple sailing flotillas in exotic locations throughout the year. In 2015, participants will be able to access some of the most desirable sailing destinations such as the British Virgin Islands, the Exuma Islands (Bahamas), Victoria and San Juan Islands (Canada and Northwest Washington State), some of the islands off Croatia and the Renaissance Islands (Caribbean).

According to Nobles, ASA expects to continue to prove the industry pessimists wrong in 2015, projecting nearly 1.3 million people will scour its website looking for a school through which they might enter the world of sailing.

The American Sailing Association (ASA) has been the leader in U.S. sailing education for over three decades. The Association has grown to include an international network of more than 300 professionally accredited sailing schools. Nearly one million certifications have been awarded to almost half a million people who have been introduced to sailing through ASA schools and clubs since 1983. For more information, visit www.asa.com.