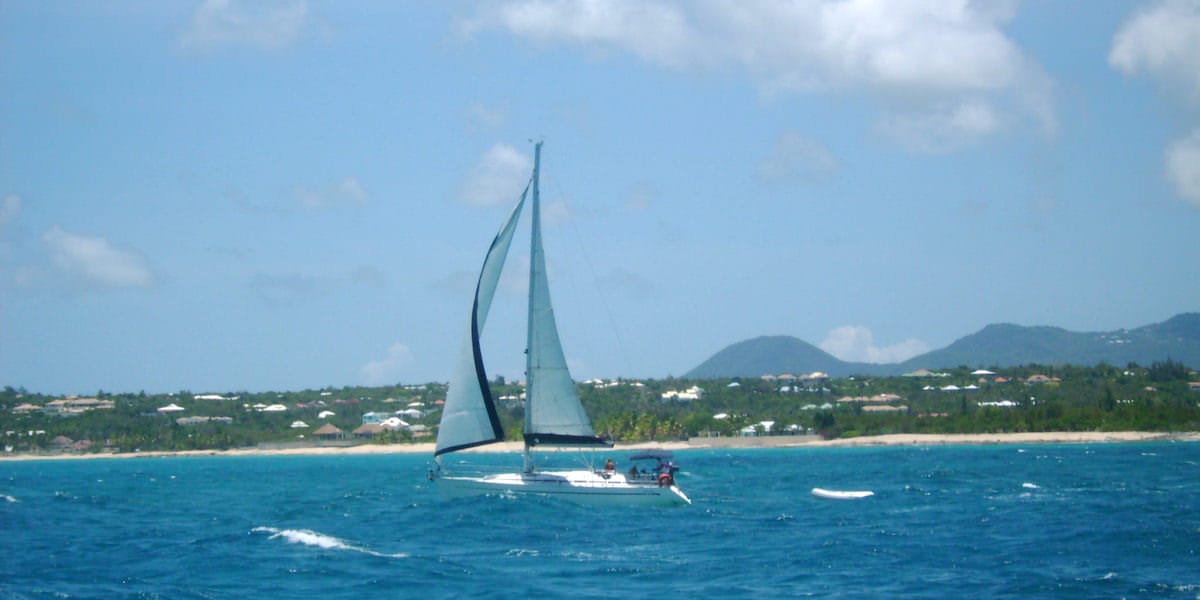 Knowing the right sailing terms to use on board a boat is not JUST a way of sounding super cool and impressing your friends. (Though it works for that, too.) It’s actually very useful, and sometimes crucial in communicating while you’re sailing. Some of the vocabulary used on board boats can sound arcane, which it is! That’s part of what’s fun about it; we’re still using terms that have been used by sailors for hundreds of years. So when you know your terminology, you’re participating in the grand sailing tradition, and you don’t have to say, “Can you hand me that…thing?” photo by b. cohen

Here are the key sailing terms you’ll want to know as you begin learning to sail!