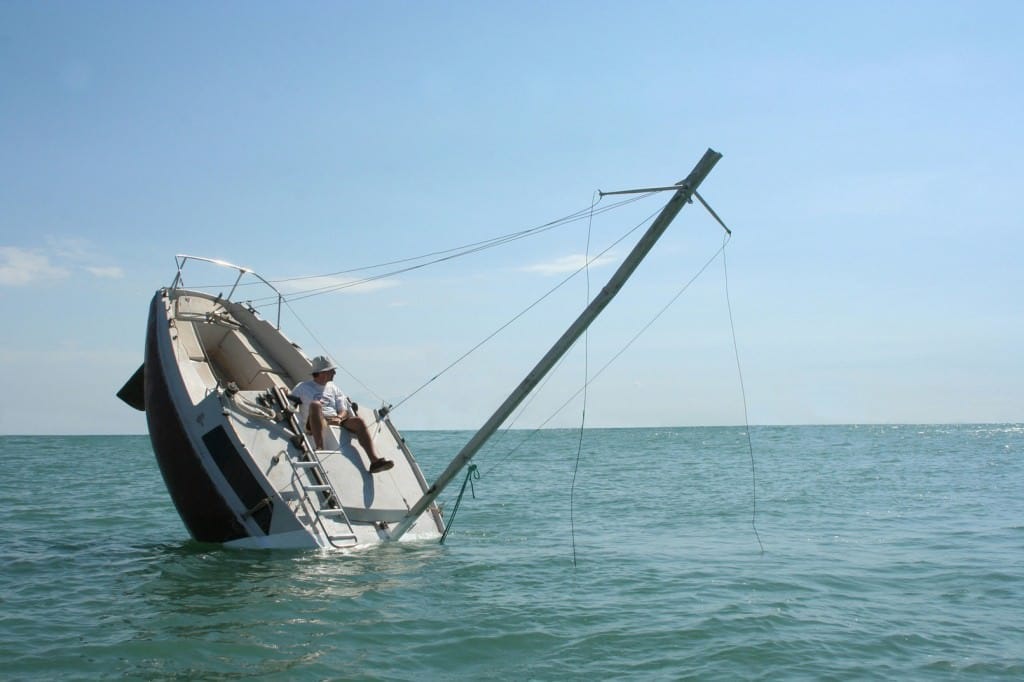 We thought we should look into the fascinating story behind the photo above. Why is this guy so at-ease when his world appears to be unraveling–boat sinking, no land or rescue in sight. The man is Julien Berthier, the boat is called Love-love, and neither of them are actually sinking. Berthier is a French artist, and this boat is his most famous work. Berthier took an abandoned yacht, cut it in half, and designed a new keel which allowed him to sail it at the odd angle seen in the photos. He caused quite a stir in 2008 by sailing it up London’s River Thames, having to frequently assure passers-by that, “Non, non, I am fine, really!”

Berthier insists that he always gives prior notice to coast guard and harbor authorities before taking the boat out for a spin, which is powered by an electric motor. The curator of the Thames exhibition, Caroline Jones, said, “I always thought that this is an optimistic piece because it never really sinks.” The work has since been sold to an unidentified art collector for a reported 50,000 pounds.